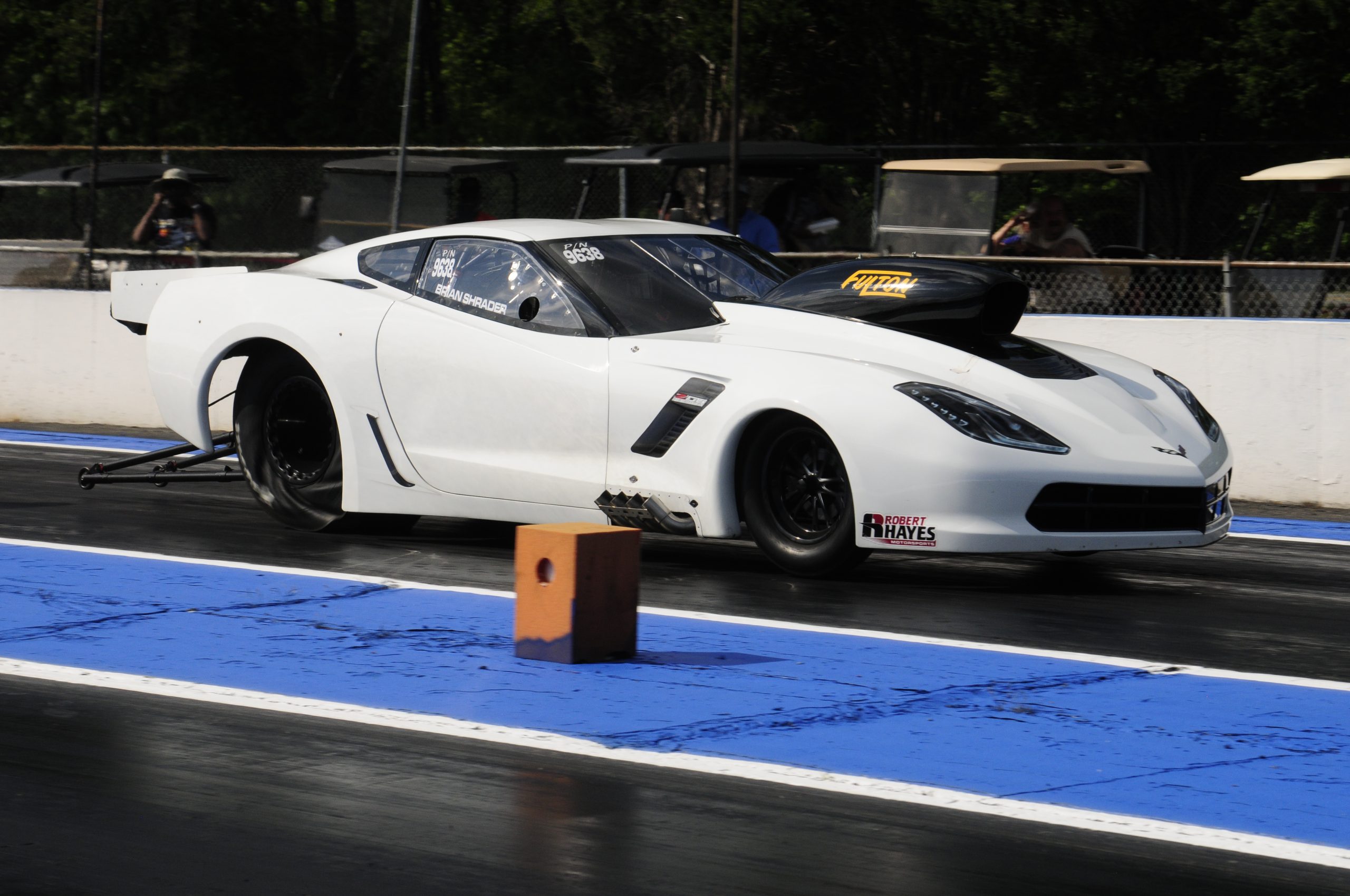 In the two weeks leading up to the May edition of historic Piedmont Dragway’s Big Dog Shootout, a series of events were taking place that would lead to an event that would provide history to a race that was jam packed with history but more was to come.

Like the first ProCharger-equipped Big Dog car. The ’63 split-window Corvette is owned by David Lambert and was built by none other than Tommy Mauney and featured a Scott Duggins-built PAR Race Engines powerplant. Lambert qualified with a 4.21 ET but broke in the second round of qualifying. He will be back.

Then there was the 5.0 borespace Gene Fulton-built powerplant in the Robert Hayes-built and Brian Shrader-driven Corvette that has been a fixture in Big Dog competition for several seasons now. With help from veteran Dan Ferguson, Shrader was on the way to a very productive evening.

Cam Clark has the H&H Camaro making some of the quickest runs in Clark’s young career. The powerplant, originally built by Pat Musi, was a 5.3 borespace engine and was taken to low 3.80s on every run.

Of course, Barry Mitchell had ‘Cuda Time running to perfection, and on this evening the younger Tutterow, Ty, was doing the tuning as Dad, Todd, was in Tulsa, Oklahoma. Not to be outdone was April winner Jason Harris in the SomeTime Racing Camaro, owned by Jack Gaddy and powered by a 5.3-inch borespace Gene Fulton powerplant.

In the week prior to the May event, much had happened outside the track, as Wes Buck and Mike Carpenter featured Harris in their popular live feed on Wednesday afternoon, where Buck did his usual excellent job of promoting, not only the Big Dog Shootout, but fast doorslammer racing and its overall importance to our sport. It was during this interview that Harris issued a challenge, backed up by $1,000 of his own money, to anyone that could come to a Big Dog event and defeat himself, Shrader, Clark, or Mitchell in the final. If no one took the challenge money, it would roll over to the next event, and so on.

This leads to qualifying in which Shrader ended up No. 1 with a 3.785, Clark at 3.83, Harris at 3.85 and Mitchell at 3.86. Next was Mike Graham at 3.865, followed by David Lambert, last month’s runner-up, Michael Dawkins, and Kevin Smith. With much anticipation, the first-round winners ended up being Mitchell, Shrader, Harris, and Clark. The result of qualifying was four nitrous cars, three blower, and one ProCharger. Pretty equal, don’t you think? 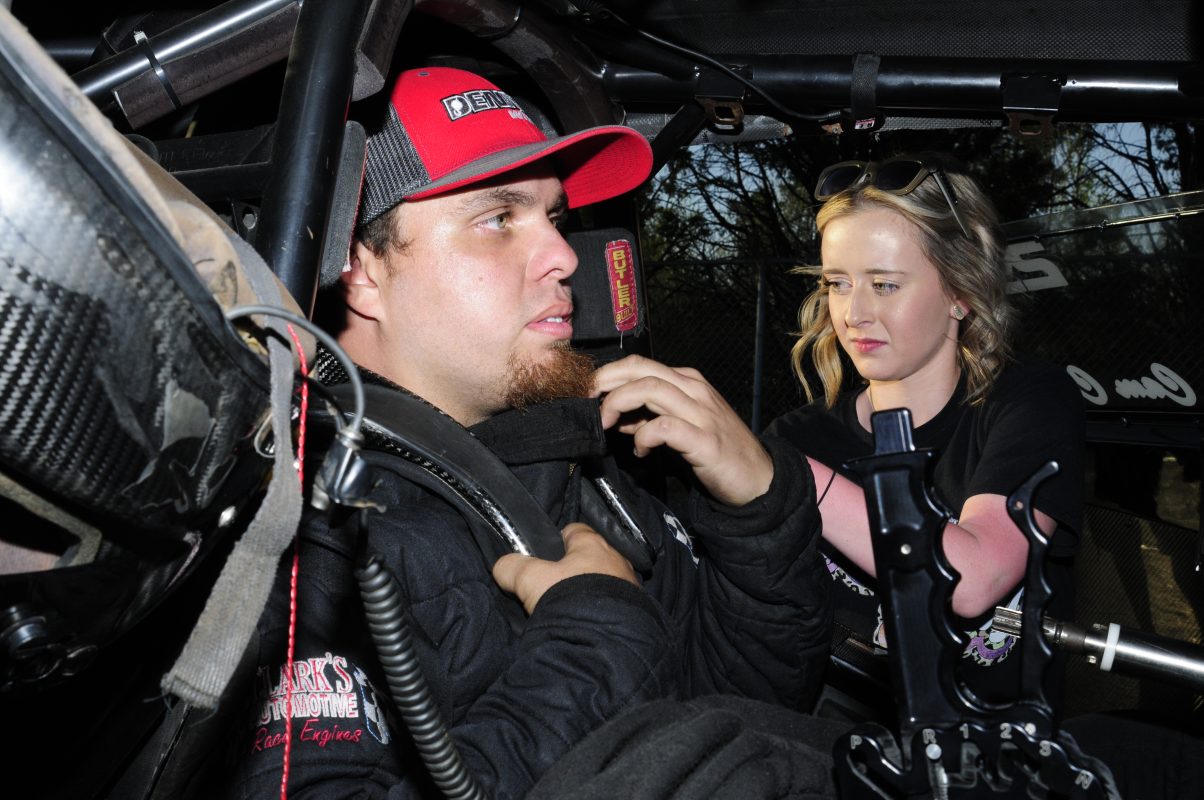 The semis were classic as ‘Cuda Time squared up with the Hayes-built Corvette with Shrader setting a new Big Dog ET record at 3.770 with Mitchell close behind at 3.86. Then Clark used a 3.92 to defeat Harris and his hood-scoop-exploding Camaro. The final was classic as Clark and Shrader met, as they had done so many times before, with the Shrader Corvette running a 3.795 to the very competitive 3.815 of Cam Clark. This will not be the last time for this matchup.

So what have we learned? We have witnessed the new rules package working as planned. No one removed a cylinder head, so all were safe. I understand that the Clark powerplant had not been apart all year. We also learned that a 5.0 inch borespace combo, in the capable hands of Hayes and Shrader, can win the event that Wes Buck had labeled the “best one-day, one-track event in the country” several years ago. That event, the Big Dog Shootout at “the DoorSlammer Capital of the World” Piedmont Dragway. Can’t wait ‘til June 2 for the next race.