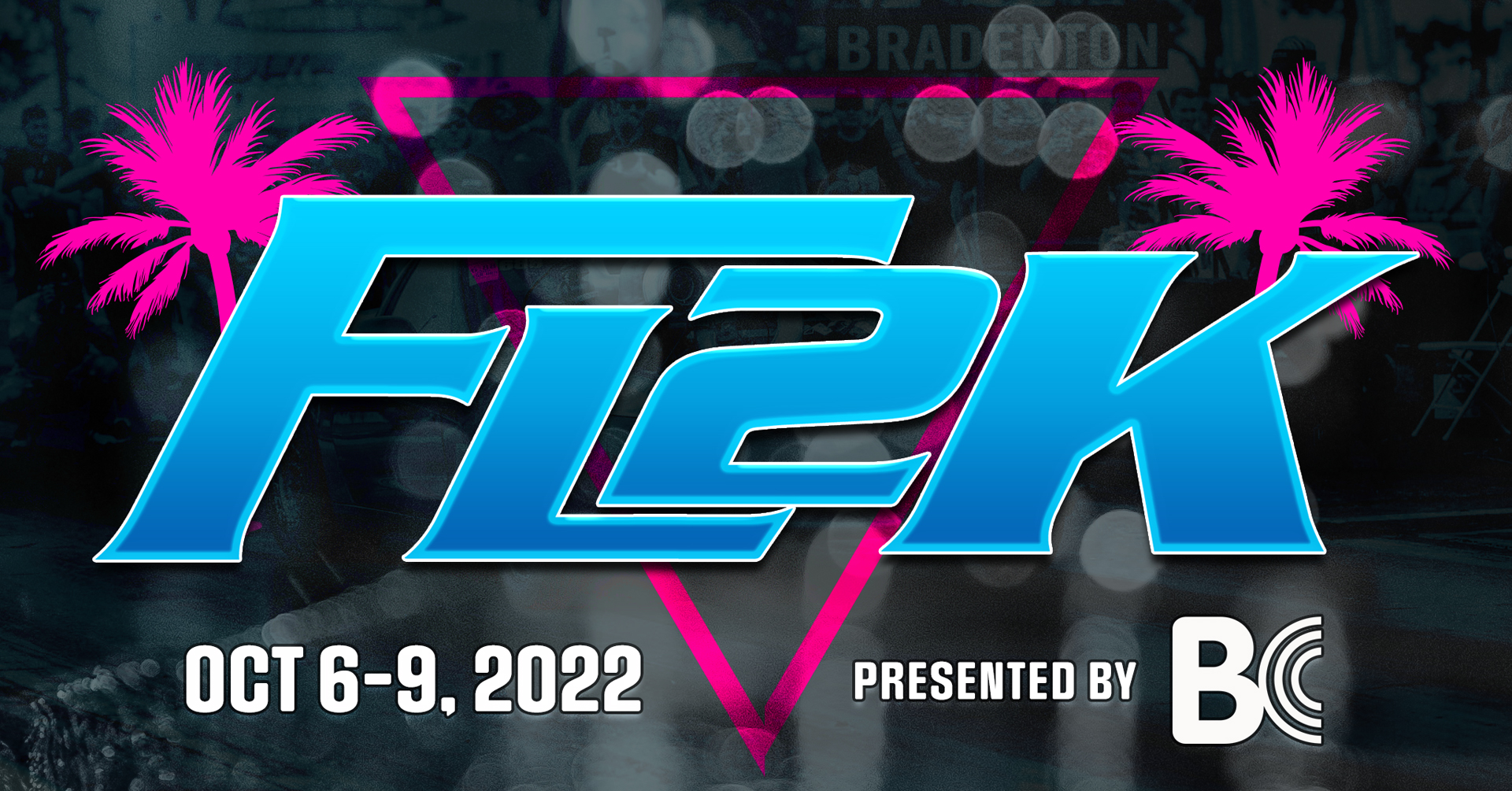 In response to the effects of Hurricane Ian on Bradenton, Florida, and the surrounding areas, Bradenton Motorsports Park has announced the relocation of the upcoming FL2K22 presented by Brian Crower to Gainesville Raceway in Gainesville, Florida. The event will retain its original date, Oct. 6-9, and all tech cards and other event credentials will be honored at the new venue.

Track owner and event promoter Victor Alvarez and the BMP team issued a statement Saturday, Oct. 1 confirming the move and the reasons behind the move.

“OK, folks we have some exciting news to share regarding this year’s FL2K. The event will NOT be cancelled or postponed. We understand many of you have made arrangements for this weekend many days, weeks or months in advance. We have been planning for this weekend since last year’s event ended. We will be racing this weekend and we hope to see all of you!

That said, Hurricane Ian has impacted our plans. The storm has decimated areas of Southwest Florida. Our thoughts and prayers are with all those affected. And we will be making a donation from the proceeds of the event to help support relief and rebuild efforts. We are extremely thankful for the outpouring of support for our fellow Floridians, including thousands of volunteers travelling to the area to help lend a hand. While we take FL2K and the racing we put on extremely seriously, we also have to be mindful of everything going on and how our event could negatively impact those fulfilling an important goal of helping those most in need.

With widespread power outages, major road closures like I-75 being out near Venice, limited hotel availability, staffing shortages, fuel shortages, restaurant closures and many other elements impacting the ability to properly put on the event as planned at Bradenton Motorsports Park, the staff of FL2K has made the decision to move the event to Gainesville Raceway, which hosts the NHRA Gatornationals and is just a short drive north from the Bradenton area.

We will be bringing the entire track prep crew and all equipment from Bradenton to ensure the surface is what FL2K racers are accustomed to. The rest of the facility is top notch and ready to accommodate all racers, sponsors, rigs and spectators. All of your tech cards, parking passes, RV passes and general admission tickets will be honored at Gainesville. The schedule will remain the same. The payouts will remain the same. We know racers have been putting in time, money, blood, sweat and tears to get ready for this event, and we know we would not be able to put on an event without the racers, so we will do whatever we can to make sure we are taking care of the racers.

This was not an easy decision. Bradenton Motorsports Park has made significant investments this year improving its facility and getting ready to host FL2K and many other premier events this season. The track suffered some damage from the storm including a downed scoreboard. The power is still not on at the track. But we want to emphasize that this move is not about BMP. The amazing staff at BMP has been working tirelessly since the storm hit. The area around BMP is not ready for all of us. That’s why we’re making the difficult decision to move the event north to Gainesville, an area not as severely impacted by the storm and an area that will help ensure we can put on the best possible event for the racers and for the fans.

If you booked a stay at one of the official host hotels, we have already ensured that you will not be charged at all as they have a 48-hour cancelation policy, and we are in talks with several hotels in the Gainesville area about blocks of rooms for as many people as we can. More info will be posted as it develops.

We know this has been a difficult week for everyone, but we want to put a smile on your face with the most electric streetcar racing you’ve ever seen. And we plan to do just that this weekend as planned. Come out and have fun!”