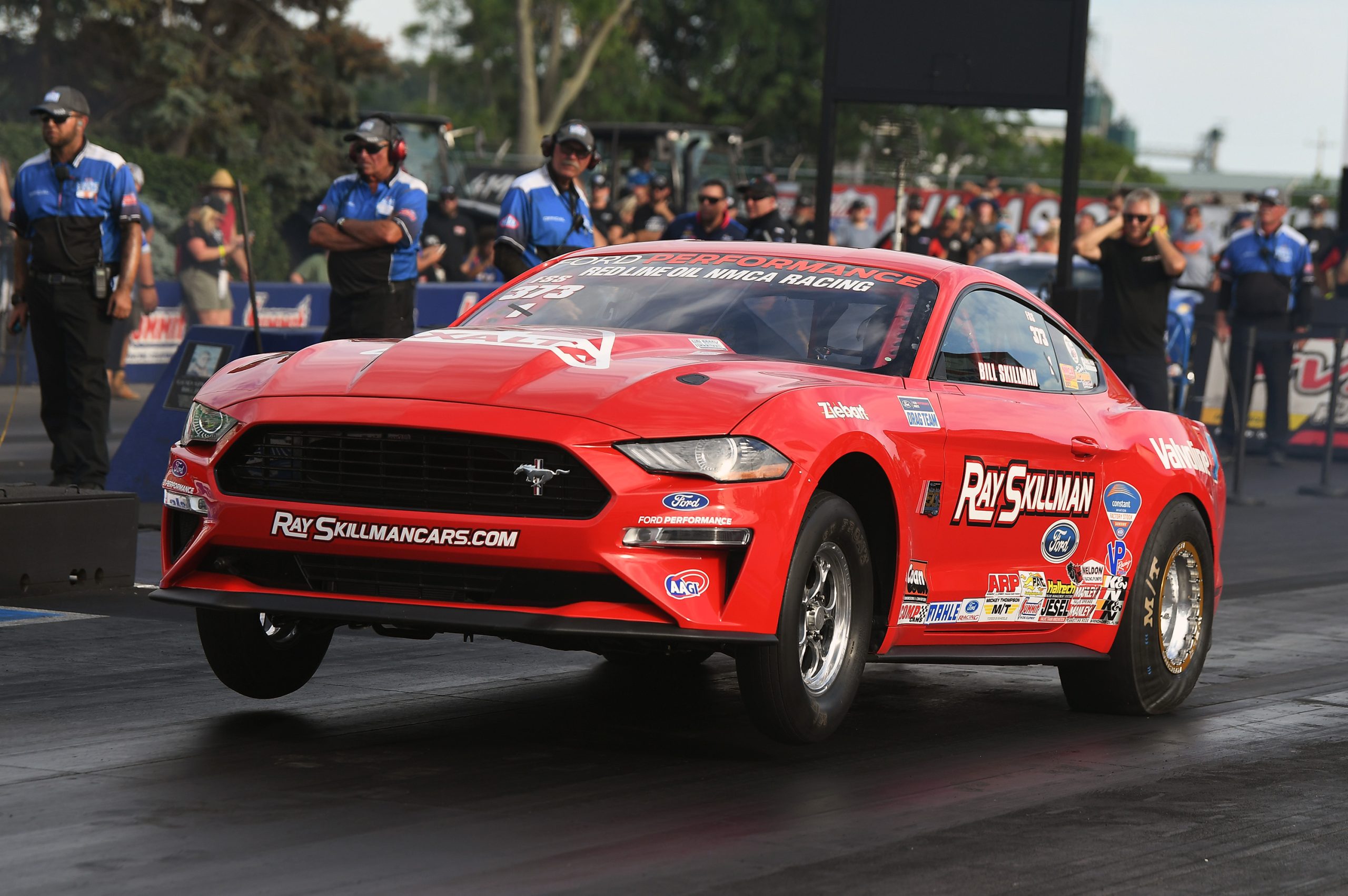 Sitting second in the Factory Stock Showdown points standings, Bill Skillman in his Ray Skillman Ford Cobra secured the No. 1 qualifying position thanks to a 7.811-second pass at 177.42 mph in the second qualifying session. On Saturday morning, Skillman would be looking to do some testing to get set for the first round of eliminations later in the day.

“We ran pretty good. That last pass, we just ran and plugged it into high gear and then threw it into neutral to coast the rest of the way down,” Skillman said. “We just wanted to see what those early numbers looked like. We weren’t the fastest, but we were right up there.”

“It’s pretty odd, running qualifying and first round on the same day,” Skillman said. “We do it regularly, though, so you get used to making a qualifying run and then cutting down to eight cars.”

Most recent event winner and points leader David Barton landed his Saw Mill Auto Chevy COPO Camaro in the No. 2 qualifying spot with a 7.825-second run at 177.42 mph. Barton would line-up against Alan Scruggs and his BILSTEIN/Wesley Motorsports Dodge Drag Pak to start eliminations after Chuck Watson’s Dayco Ford Cobra machine was unable to make the call. Barton would prevail with a 7.877-second pass at 175.43 mph defeating Scruggs’ 8.098 at 173.96. 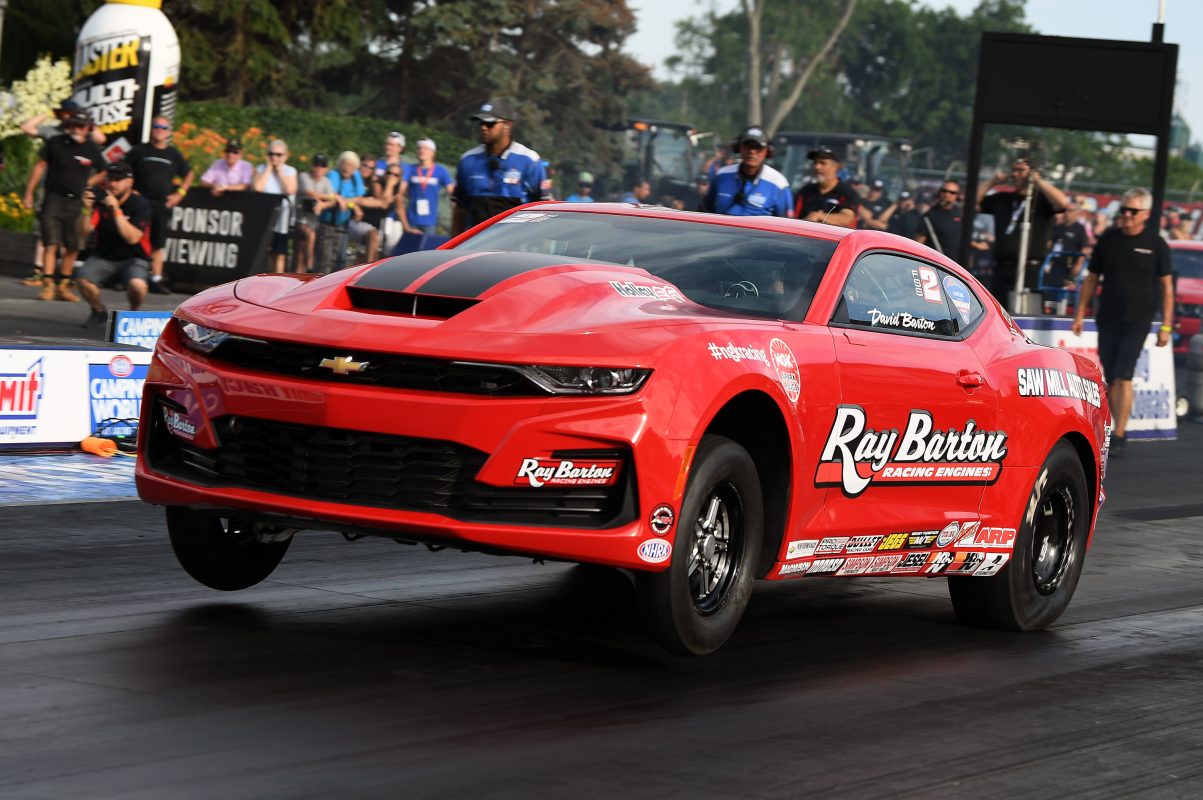 With the first round win, Barton continues to carry the $1,000 bounty through the Constant Aviation Factory Stock Showdown Bounty Program. The bounty on Barton will increase until another driver defeats him during eliminations.

“It was warmer today, but I didn’t think it was any quicker or slower. The correction factor showed the same. It was nice to make a couple good solid straight passes today. We picked up a couple,” Barton said. “It is always exciting to try and get someone’s bounty. I’ll be honest, it was the last thing on my mind tonight. I wanted to win first round so I could sleep better tonight. I wanted to move on into tomorrow with a win tonight.”

Skillman, who had a $2,000 bounty on his head in Bristol, is hoping he gets a chance to collect for himself.

“I have to get him (Barton) in the finals,” Skillman said. “Which is what I am looking forward to tomorrow.”