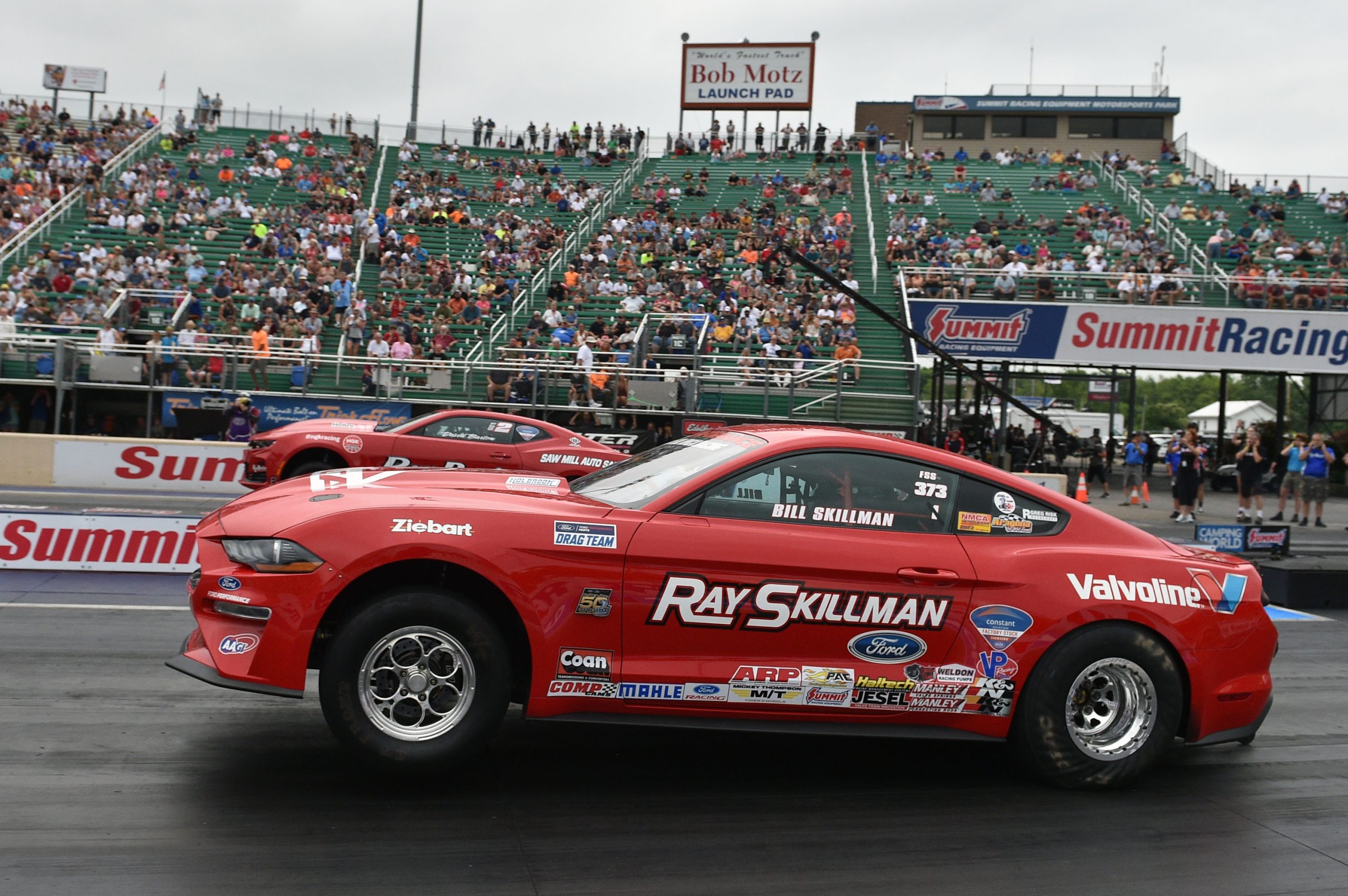 Bill Skillman and his Ray Skillman Ford Cobra raced to their third victory of the season, took back the points lead and claimed the $1,000 bounty Sunday at Summit Racing Equipment NHRA Nationals at Summit Motorsport Park, the fifth stop on the Constant Aviation Factory Stock Showdown schedule.

Skillman, the No. 1 qualifier, took on No. 2 qualifier David Barton and his Saw Mill Auto Chevy COPO Camaro in the final round. Barton would have the starting line advantage with a .009 reaction time to Skillman’s .067, but Skillman and his Ford Cobra would run down the Barton and his COPO Camaro. Skillman’s 7.810 -second pass at 177.07 mph defeated Barton’s 7.869 at 180.09 with a margin of victory of only .001-seconds.

“The car has been running really well. We are generating a lot of power,” Skillman said. “This team I have has been working hard and I am really proud of them. This was a big win for us.”

The victory sends Skillman around Barton in the Constant Aviation points standings and earns Skillman $1,000 for beating Barton, the most recent event winner, through the Constant Aviation Factory Stock Showdown Bounty Program. Skillman will now carry the $1,000 bounty and it will increase until another driver defeats him during eliminations.

“It feels great to get that third win, but the points are still so close with three races left. That final was closer than I wanted it to be, but it was a great final round. A win is a win,” Skillman said. “I got the bounty, so I got a little bit of my money back. I am going to spend that bounty money on race car parts.”

On his way to victory, Skillman took down Lee Hartman, Dan Condon and David Janac before defeating Barton. Barton would get past Alan Scruggs, Ricky Hord and Ohio’s Mark Pawuk before reaching Skillman in the finals.