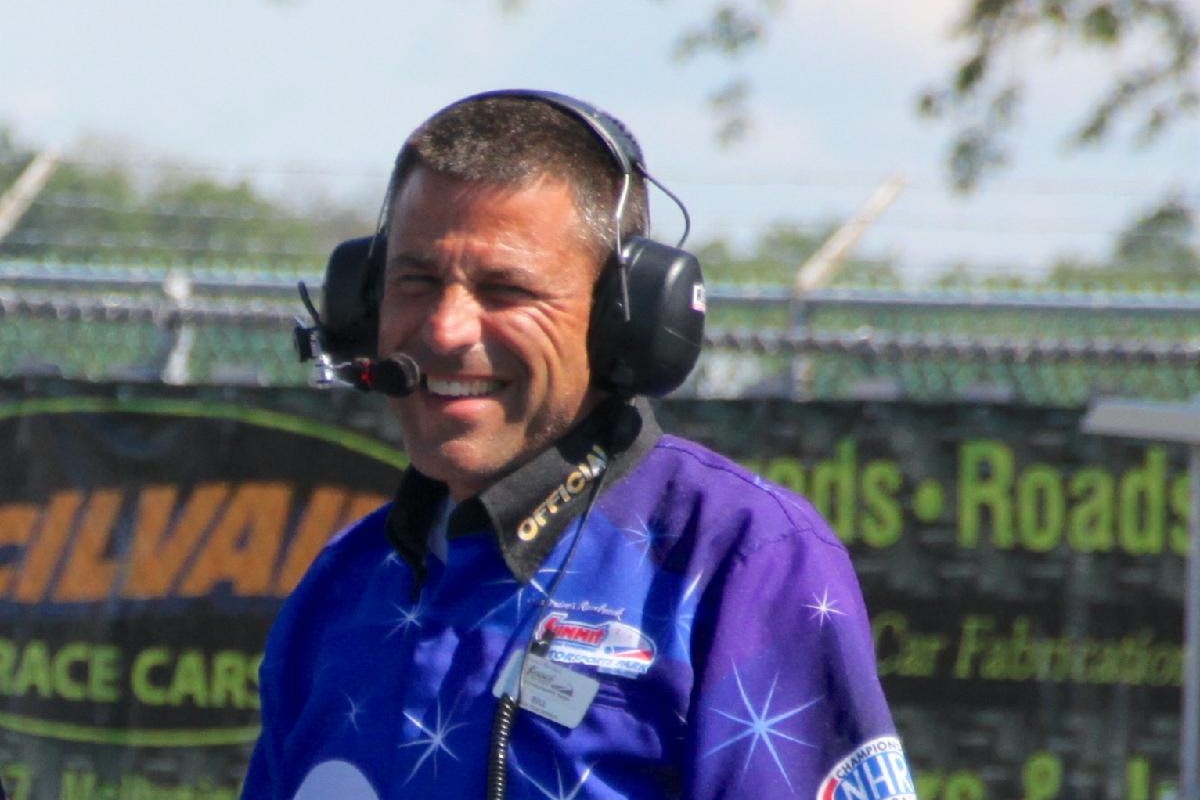 Summit Motorsports Park in Norwalk, Ohio is celebrated for staging some of the best drag racing in the country.

For the event, the track will be covered with plywood and dirt rather than glue, and it will hold tractors and trucks pulling weighted sleds rather than race cars. Pullers will be competing for championships and a share of $250,000, and Bader Jr. plans to put his stamp on the spectacle with additional activities, music and a fireworks show.

In the interview below, Bader Jr. talks about his reasons for taking on the event featuring Super Modified Tractors, Hot Rod Semis, Unlimited Super Stock Tractors, Pro Stock Tractors, Super Stock Diesel Trucks and many other categories, as well as his plans and hopes for it.

The inaugural World Series of Pulling presented by Ohio CAT is very different from other events at Summit Motorsports Park. What inspired you to introduce it to an established and proven program?

During the pandemic of 2020, I had plenty of time to think about my life choices and my facility, and I recognized the fact that our racetrack is a stage, and that it didn’t necessarily have to have race cars on it all of the time. We have 30,000 seats, concert-quality sound and Musco lighting. I started to look at our family business differently, and I became open to various possibilities.

I received a call in 2021 from Bowling Green, Ohio, and they were looking at the potential of relocating a tractor pull from Wood County Fairgrounds since they were reaching the end of their agreement, and wanted to know if we had any land available. I did, though I suggested we could put dirt on the track and told them we had everything they would need.

The concept then became shared, apparently, because I received a call from Mike Ott, Director of Championship Pulling with MAC Trailer, and Mike Coney, President of MAC Trailer, and we talked about my vision for putting dirt on our track and presenting the event on our quarter-mile, and that’s where it all began.

I’m hopeful that it will be successful. To tell you the truth, I’m actually scared to death about the event. I didn’t put a pencil to it. I didn’t cost it or project it. I just felt in my heart that it would work, so I made the offer. Any college business professor would say that is the dumbest thing ever, because it is a huge risk, but so many kids grow up going to a county fair, with tractor- and truck-pulling or demolition derbies, and we sit in the hotbed of tractor- and truck-pulling country, so it seemed like a fit. I have come to learn that tractor- and truck-pullers are family-centric people, like our drag racers.

How will the track be prepared, and from which direction will the pullers pull?

On Sunday, July 17, my son and Track Manager, Evan Bader, and our team will go about stripping the racetrack of all of the glue and rubber. That will take the better part of the day. Then, we will put down 1,400 sheets of plywood and by Monday, July 18, we will go over that plywood with dirt and build the pulling surface. We are using the Special-T-Tracks company, whose owner is Randy Spraggins, who is a foremost authority when it comes to moving dirt in and out of events like this. As luck would have it, he is based in Akron, Ohio.

So Randy, along with Jim Miller, who is a foremost authority when it comes to building these types of track surfaces, will be involved. We should have a great surface by Wednesday, July 20, and then the first hook for the event is Thursday, July 21. The pullers will start at the Summit Motorsports Park eighth-mile finish line, and head toward the Summit Motorsports Park starting line.

What would you say to fans who are worried about returning the track surface to its normal race-ready state after this event?

I would say that while I understand their concern, it is unfounded. The day after the event, we will remove all of the dirt and plywood, and two days after the event, we will clean up. On the third day after the event, we will begin rebuilding the track surface. What people need to keep in mind is that in 2018, we poured a brand-new racetrack, and it was as white as a ghost and we opened for the Cavalcade of Stars presented by Budweiser. The track was fast and perfectly safe, and we even had records that weekend. More recently, we were shuttered in 2020 during the pandemic, and all of the rubber baked off the track, and we essentially had a new surface again. I know how to rebuild a race surface, and there is no need to worry.

What are you personally most excited to experience at this event?

I think I’m most excited about being able to introduce something new. There are so many things that I want to do to our facility, and it all requires money, so the hope is that creating a new event will infuse new fans and new revenue that can help me take our facility to the next level, which is good for everyone involved. 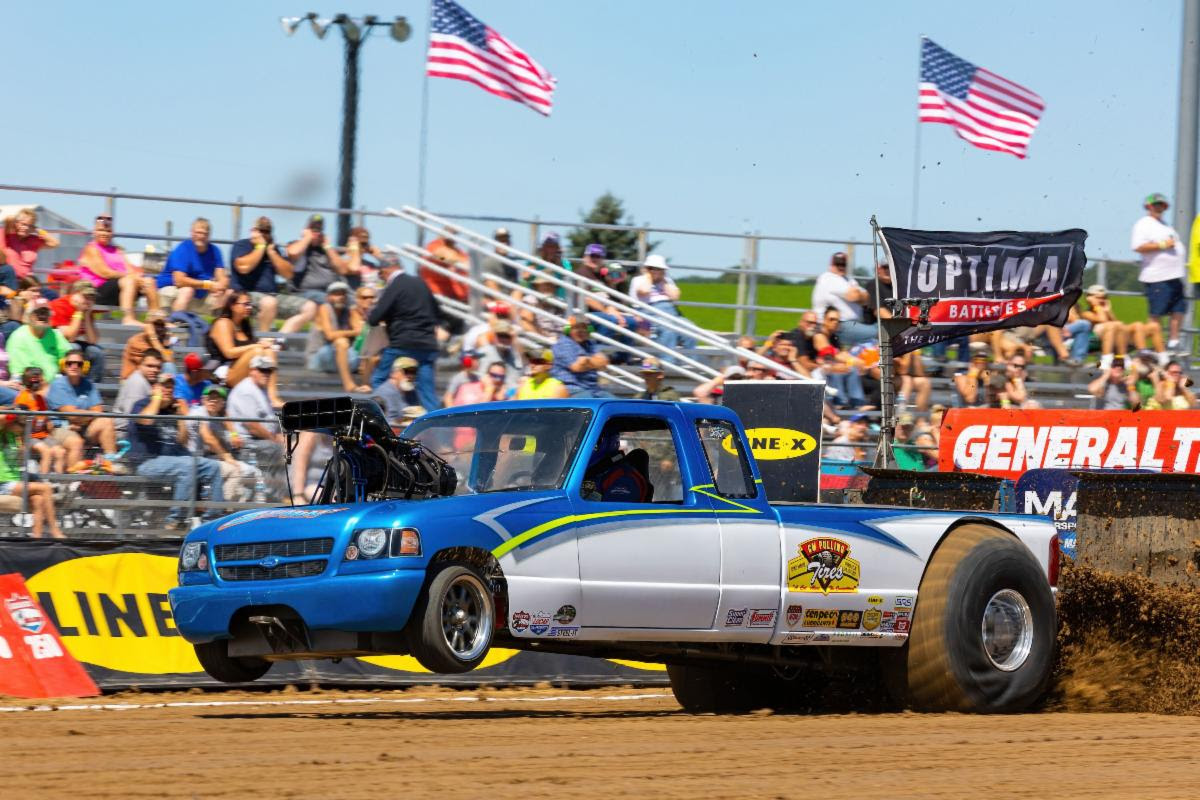 How will you measure the success of the event?

I will look at whether there was value for fans, whether they were happy and engaged and whether their feedback reflects a good or bad experience. I will look at the operational excellence with which the event was produced, and how we performed. This is a fun and exciting project, and I hope it will be successful.

Your father, Bill Bader Sr., who passed away on June 26, was very supportive of your ideas. What did he think when you told him that you wanted to bring a truck- and tractor-pulling event to Summit Motorsports Park?

I think his exact words were ‘What in the hell are you doing?’, and then I think he did his own research on truck- and tractor-pulling and the popularity of it in our part of the country, and realized it could work. Early in his career, my father was always prepared. He did his homework, and was deliberate in everything that he did, and yet ironically, on his last day in the office before he left to go to IHRA, he picked up a pencil, and said to me ‘You can’t always run a racetrack with a pencil,’ which interestingly, I definitely didn’t do before taking this event on.

I don’t know how it will do, but I do know that the Bader Family Guarantee is in effect, our team is friendly, our facility is clean and we will have great lighting, sounds and fireworks. It will be very experiential, the stars will be readily available to the fans, the event is priced well, and my goal is to put on the greatest tractor- and truck-pull of all time.

The Inaugural World Series of Pulling presented by Lucas Oil is set for July 21-23, 2022 at Summit Motorsports Park, 1300 State Route 18, Norwalk, Ohio. Various ticket levels are available depending on preferred experience, including the Full Pull Club, which includes food, beverages and special seating. To avoid long delays at the gate, fans are encouraged to purchase tickets in advance. For more information or tickets, call 419-668-5555 or visit summitmotorsportspark.com.