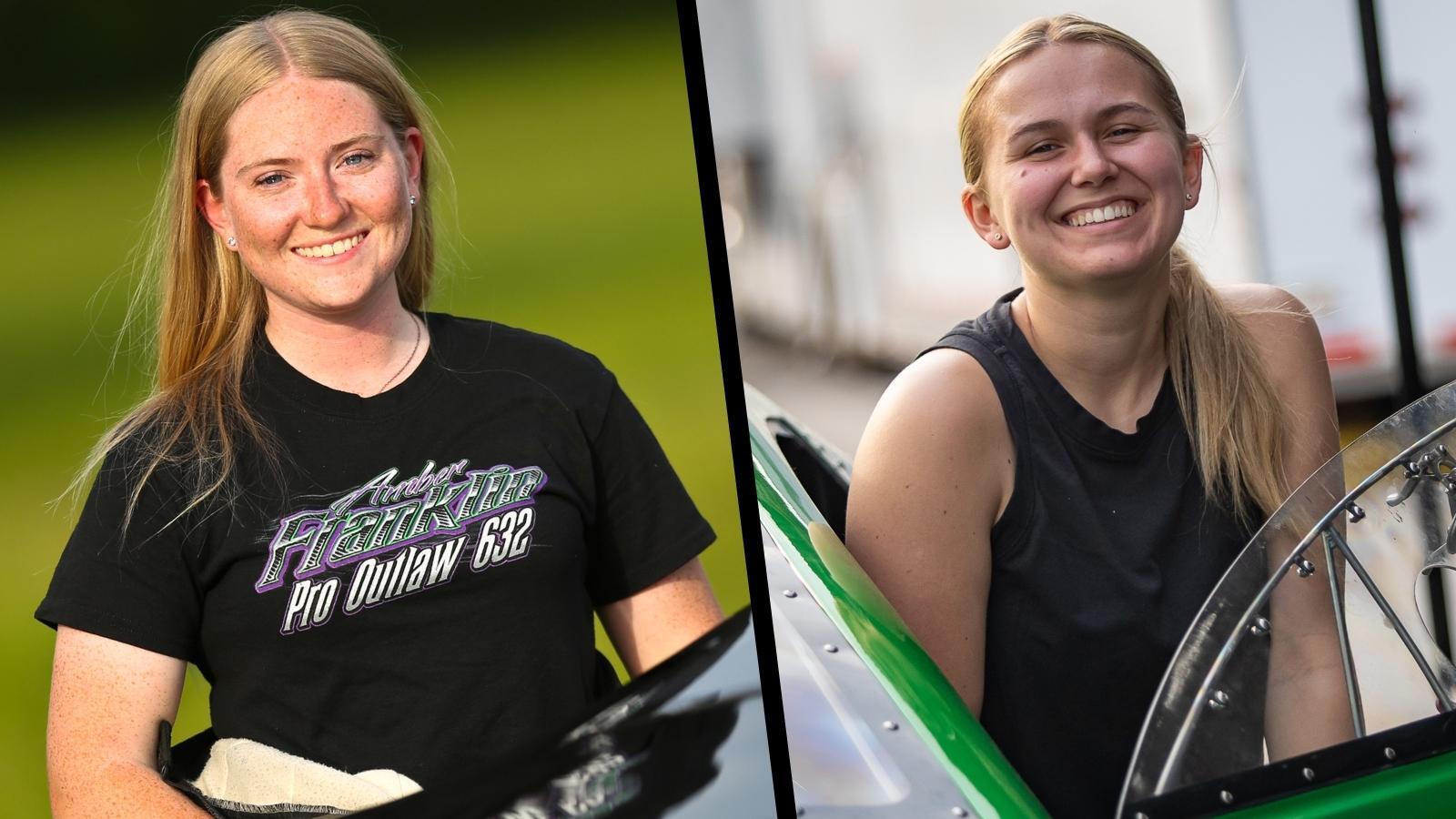 Driving the Musi-powered “OG Jungle Rat” ’69 Camaro that her father, Tommy Franklin, drove to back-to-back Pro Nitrous world championships, Franklin came out victorious. She used a 4.182 at 170.62 to overcome the holeshot advantage by Tanner, who ran a 4.238 at 167.68. It was Franklin’s first Pro 632 win in just her fourth start in the class. 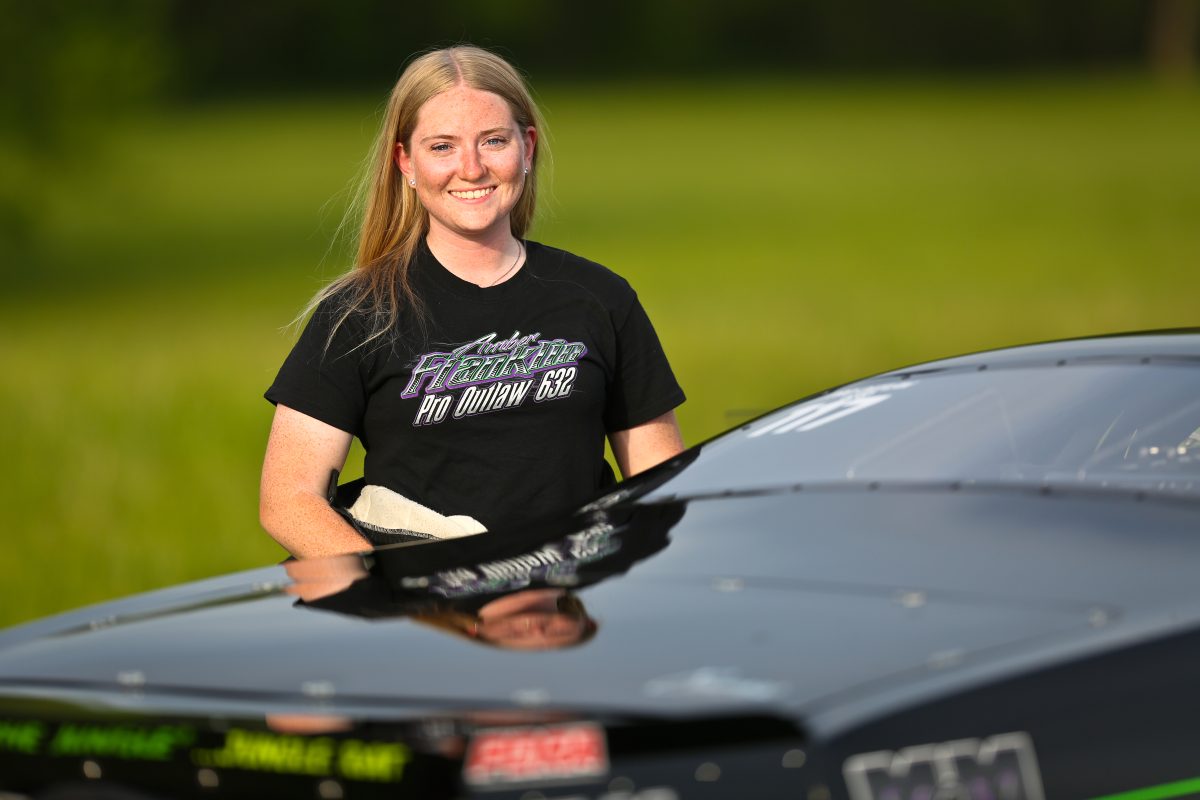 “This one is definitely big,” Franklin said in the winner’s circle. “I made a Facebook post a couple years ago that I dreamed to someday drive this car. I’ve watched my dad win in it for many years. It definitely feels great. I want to thank my parents, the good Lord above, my crew, Pat Musi Racing Engines, Jerry Bickel Race Cars, Hoosier Racing Tires, M&M Transmissions, Jeff Pierce Tuning – there’s a whole lot of people that made this possible. They definitely saved me in the finals, but there was no better way than to have it with Lexi.”

Franklin qualified No. 2 and had a pair of singles to start the day, beginning with a 4.246 at 168.24 when Sylvester Barnes couldn’t make the first-round call, followed up by a 4.206 at 170.26. She then eliminated No. 3 qualifier Daryl Stewart in the semifinals with a 4.192 at 170.64 to Stewart’s 4.215. That sent Franklin into her third final round to meet Tanner in a dream scenario for the two young women.

“We’ve been to a couple finals now and we keep saying, ‘When is it our turn?’ but God has a plan and a purpose, and I know that it was to run against [Tanner],” Franklin said. “We’ve been best friends for 10 years now and we’ve talked about this day for a long time. It felt really, really good to run with her in the finals.” 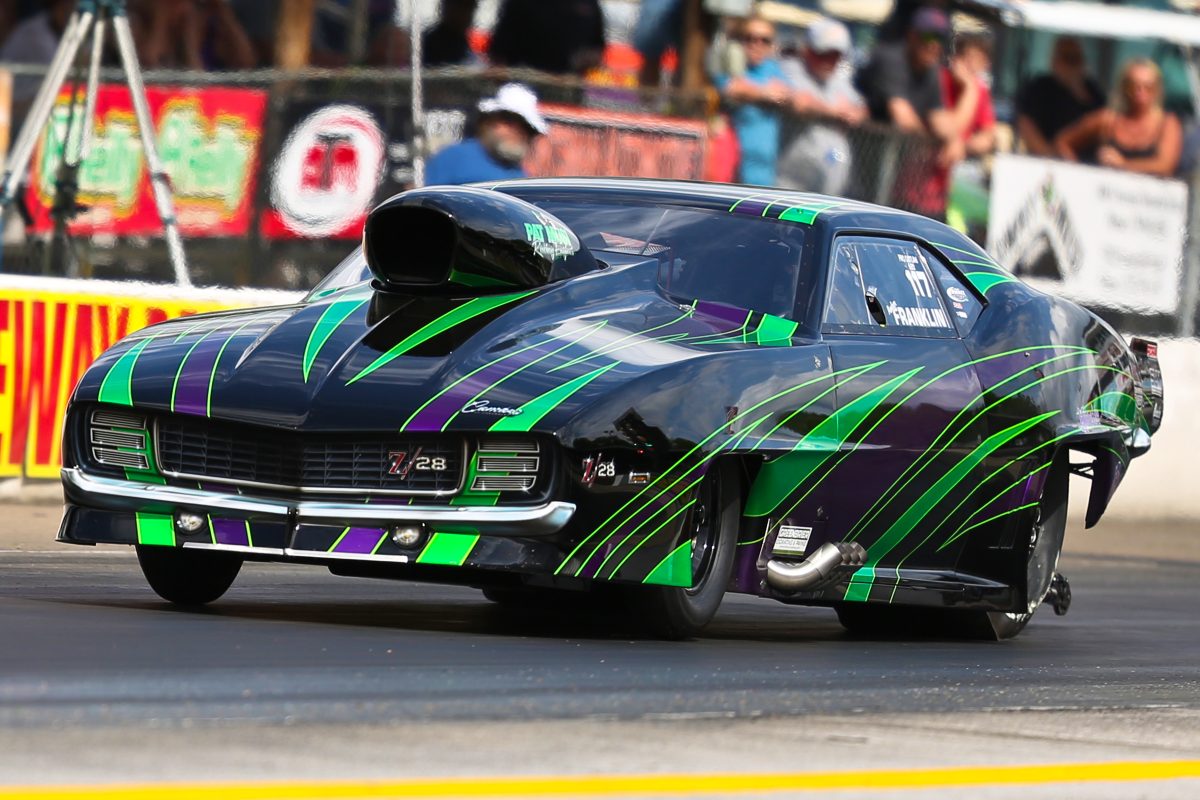 Tanner, the sister of Pro Boost runner-up Preston Tanner, entered eliminations from the No. 8 spot in her family’s Jeff Pierce-tuned, Oakley-powered ’15 Camaro. But her whirlwind race day started much earlier than the first round. Around 5 a.m. Saturday morning, Tanner and her mom, Missy, drove back up to Indianapolis so Tanner could take a college final exam. They ran into car trouble 30 minutes into the return trip, which should’ve taken a little over three hours, so they had to take not one, but two Ubers to get back to the track just in time to see Preston run first round.

The hectic scenario didn’t seem to affect Tanner, as she stayed focused throughout eliminations. She ran a 4.285 at 167.14 next to a red-lighting Chris Holdorf in the opening round, then improved to a 4.261 at 167.03 to win over No. 1 qualifier Walt Lannigan Jr., who also went red. A side-by-side race followed in the semifinals, where Tanner scored the win over the most recent winner on tour, Alan Drinkwater, in a 4.241-to-4.254 race. 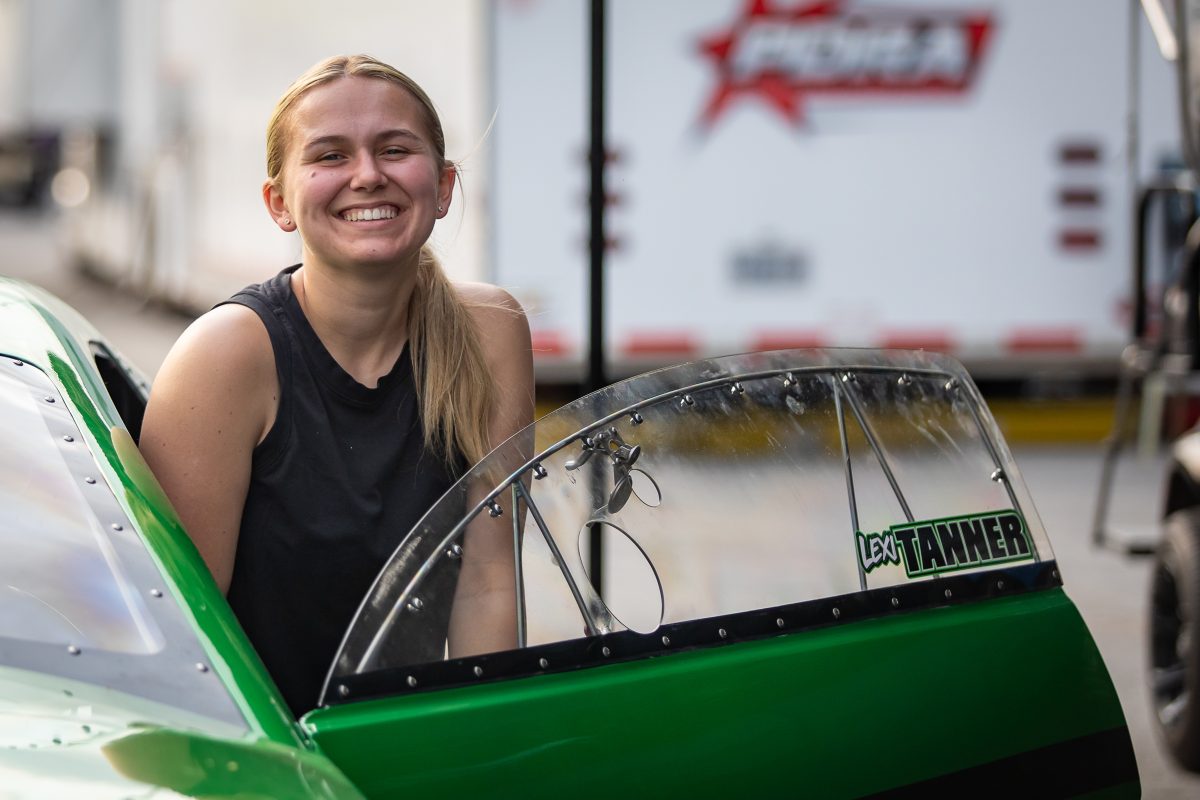 “I’m so thankful that I have a team I can trust to get my car ready to go,” Tanner says, crediting a group that includes parents Andy and Missy, Preston, Jeff and Sam Pierce, Chad Crawford, and engine builder Phillip Oakley. “I knew everything was set and I just had to hop in. While driving ‘Thunder’ I am focused on my next move the whole time. No matter what is going on I have been able to put it aside and focus on my procedure and run.”

Franklin and Tanner first met when they were competing in Jr. Dragsters, and despite living hours away from each other, with Franklin in Virginia and Tanner in Indiana, the girls formed a close friendship. It seemed like it was meant to be when the two lined up together in the final round of the second race of their first full season in the class.

“It was a dream come true to run Amber in my first final,” Tanner says. “Every race before first round, we wish each other good luck and say let’s meet in the finals, and we did it! Amber is an amazing racer and I’m so proud of her accomplishments in 632 thus far, and I can’t wait to see where she goes. Our friendship has been a blessing, and we can relate on many levels. I love that we are now following our dreams of racing Outlaw 632 together and continuing to support each other.”

The weekend was extra special for Tanner and her family, as Preston raced in his first Pro Boost final round as well. It’s not the first time the brother-sister duo raced for a double-up, as they won PDRA Jr. Dragster world championships together in 2015. 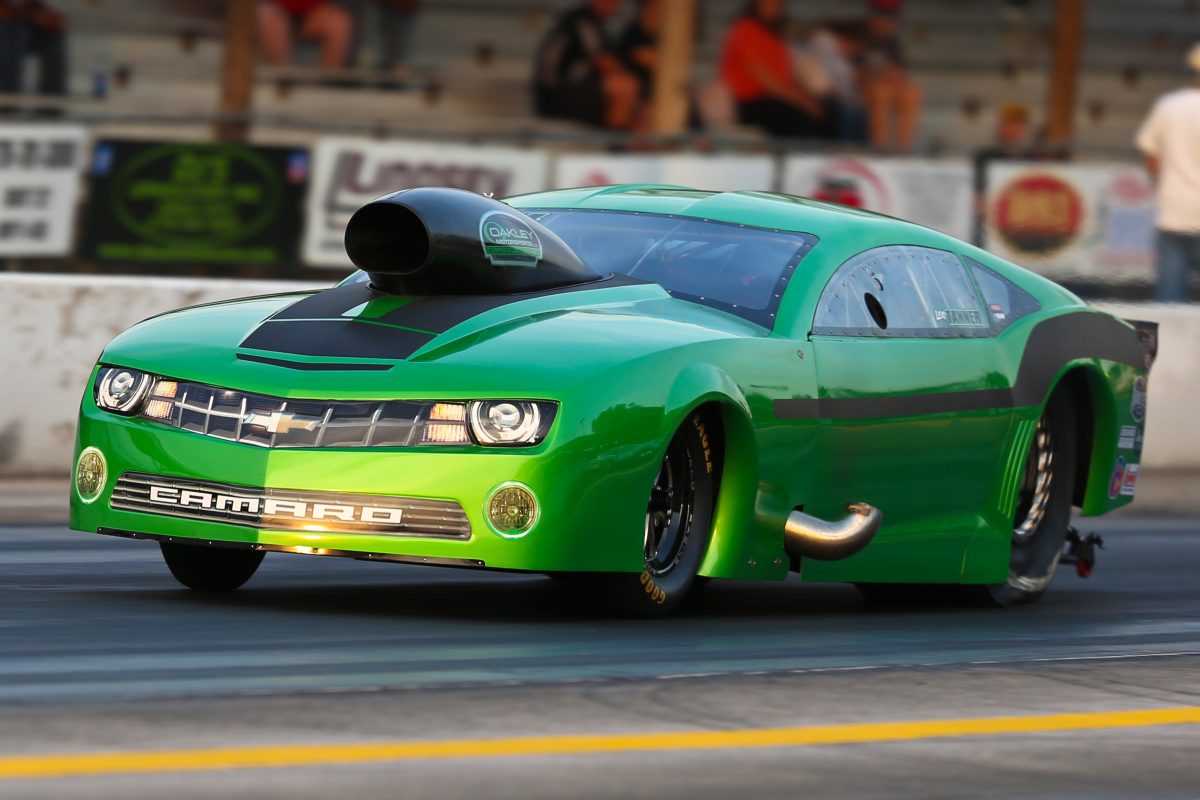 “I had the same feeling I get when it is possible for both of us to win a race that I have only felt when we ran Jr. Dragsters,” Tanner says. “After I saw my win light come on, I started crying tears of joy that I had won my first clean round, and my brother was also going to the final in Pro Boost. Then I heard I was racing Amber, and I couldn’t hide my huge smile if I tried. I am incredibly proud of my brother for his runner-up finish.”

Franklin has emerged as an early championship contender, but the wise-beyond-her-years 19-year-old realizes there’s a lot of work left to do before parlaying the team’s early success into her second PDRA world championship and first in a “big car.”

“This definitely sets me up good,” said Franklin, who went to back-to-back finals in her Pro 632 debut last season and went to the semis at the 2022 season opener. “We just have to carry this confidence and hopefully keep the momentum, keep my cool, do the same thing, and try not to get ahead of ourselves. We still have a long season ahead of us.”