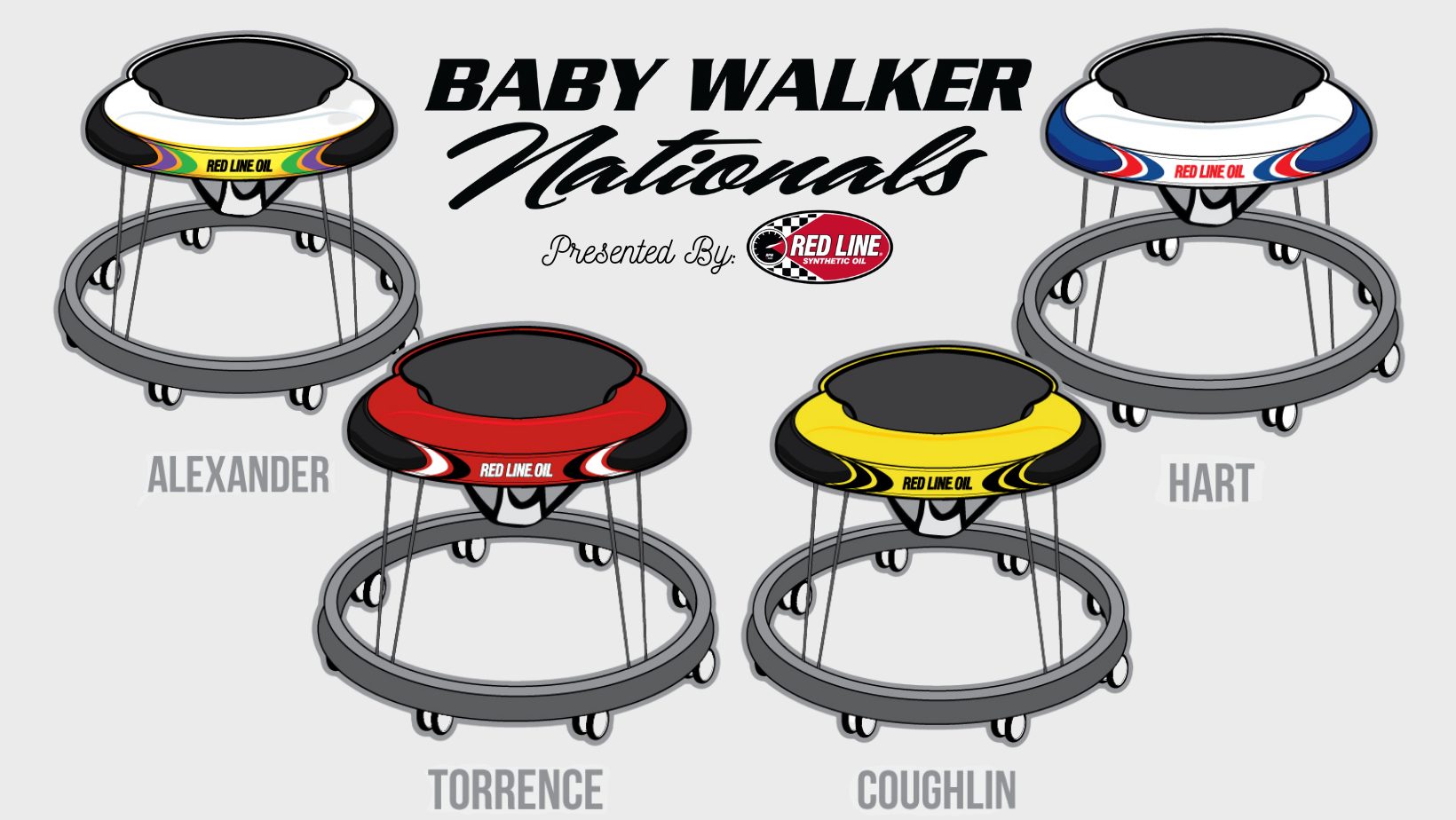 NHRA’s Jr. Drag Racing League is a great competitive outlet for youngsters not yet old enough to race the so-called “big cars.”  But what if the need for speed manifests itself even before a kid turns seven?

For that, there now is the Baby Walker Nationals presented by Red Line Oil which makes its debut this week in conjunction with the 35th annual NHRA SpringNationals at Houston Raceway Park and continues a week later at Charlotte.

Featuring one-and-two-year-olds who aspire to follow in their fathers’ footsteps, the Baby Walker Showdown will be contested to 60 feet and will occur between the end of Pro Stock Q2 on Saturday and the start of the Nitro session. 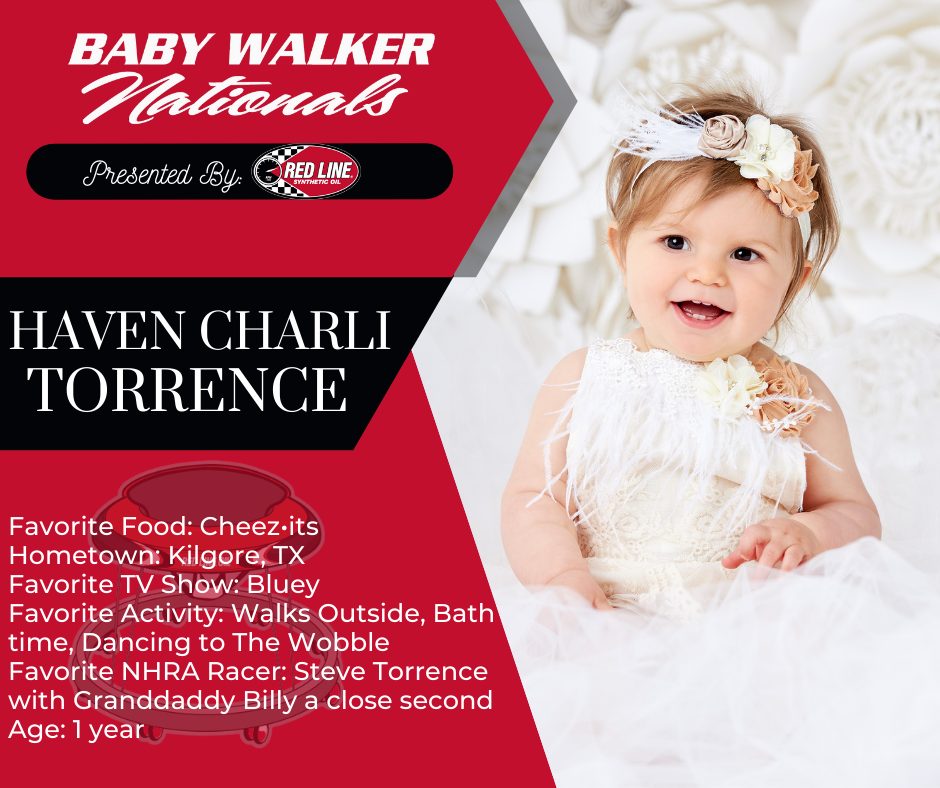 The race will be a one-shot, winner-take-all, dash-for-cash with the winner earning $100 from Red Line Oil plus a gift card good for an additional $100 worth in oil and other Red Line lubricants for future Jr. Dragster competition.

Aubrey, who maintains her baby walker shop in Ostrander, Ohio, is a big T.J. Coughlin fan who loves chicken salad, bath time, swimming and the TV show Cocomelon.  Her opponent, Haven Charli, a resident of Kilgore, Texas, enjoys walks with the fam, bath time and dancing The Wobble.  Her favorite TV escape is Bluey and she trains on Cheez-Its.  Her dad is her favorite racer, but granddaddy Billy is a close second.

“Red Line Oil is all about family and we are thrilled to see the next generation of racers being raised at the track,” Beatty said.  “What we do is so much more than a job; it’s a passion and it’s the families with whom we are involved that make it so rewarding.” 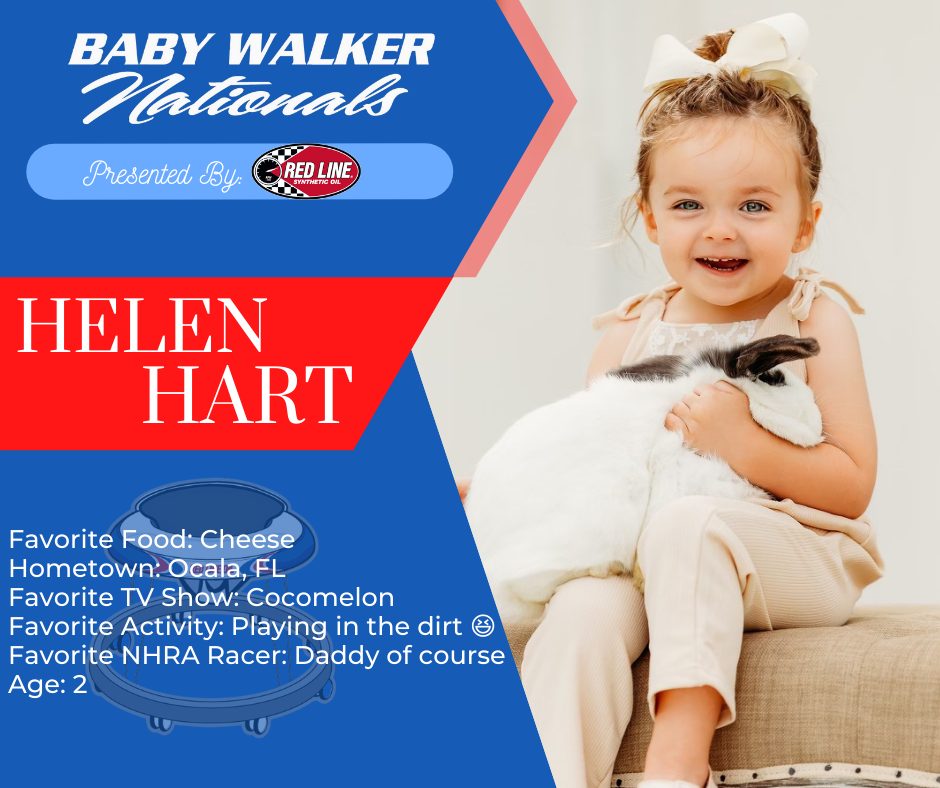 Like Aubrey, Helen is a big fan of Cocomelon but eschews swimming and bath time, preferring instead to play in the dirt.  When she’s at her home base in Ocala, Fla., within walker distance of the Don Garlits’ Museum of Drag Racing, she fills up on cheese and provides moral support to her favorite race car driver, her dad.

James, who as a Charlotte resident may have a home field advantage at next week’s event, watches Daniel Tiger on TV, likes to snack on berries and exercises by throwing balls to his mom and cheering for his dad on Fox TV coverage of the NHRA pro series.

Race Director Natalie Torrence (a.k.a. Haven Charli’s mom) has not ruled out an expansion of the series at some time in the future. 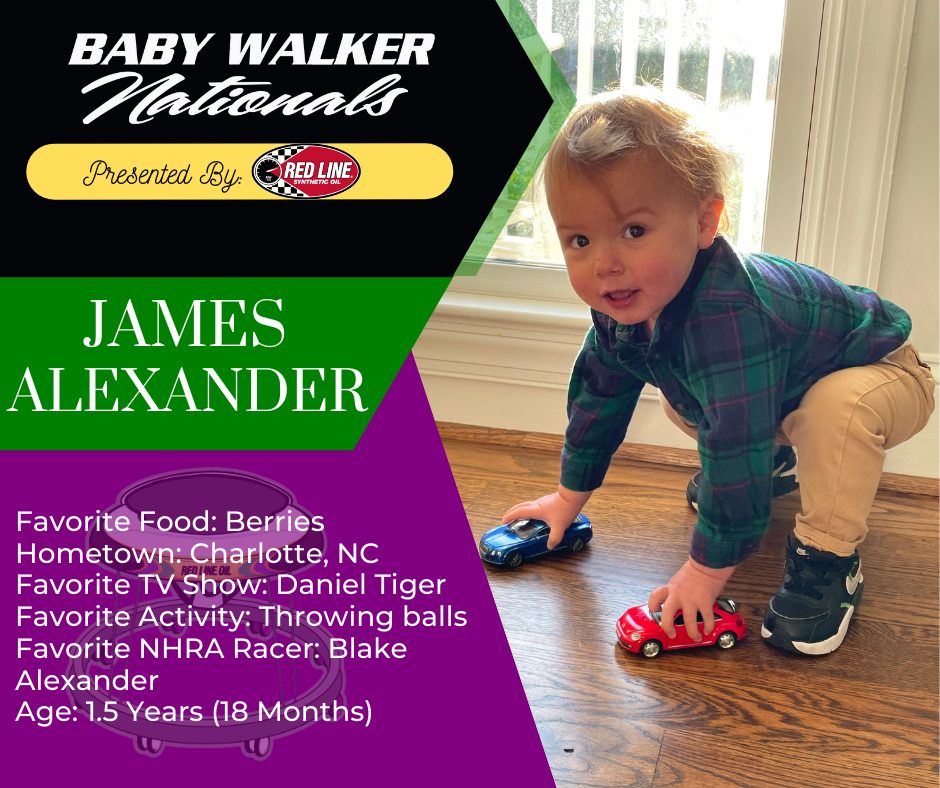 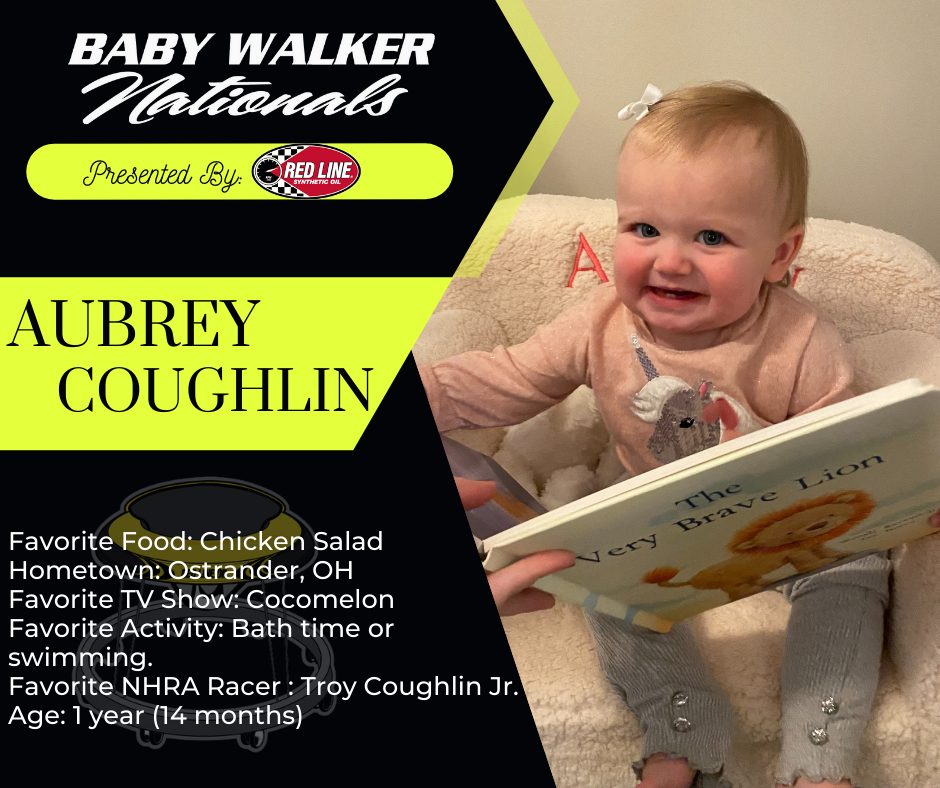