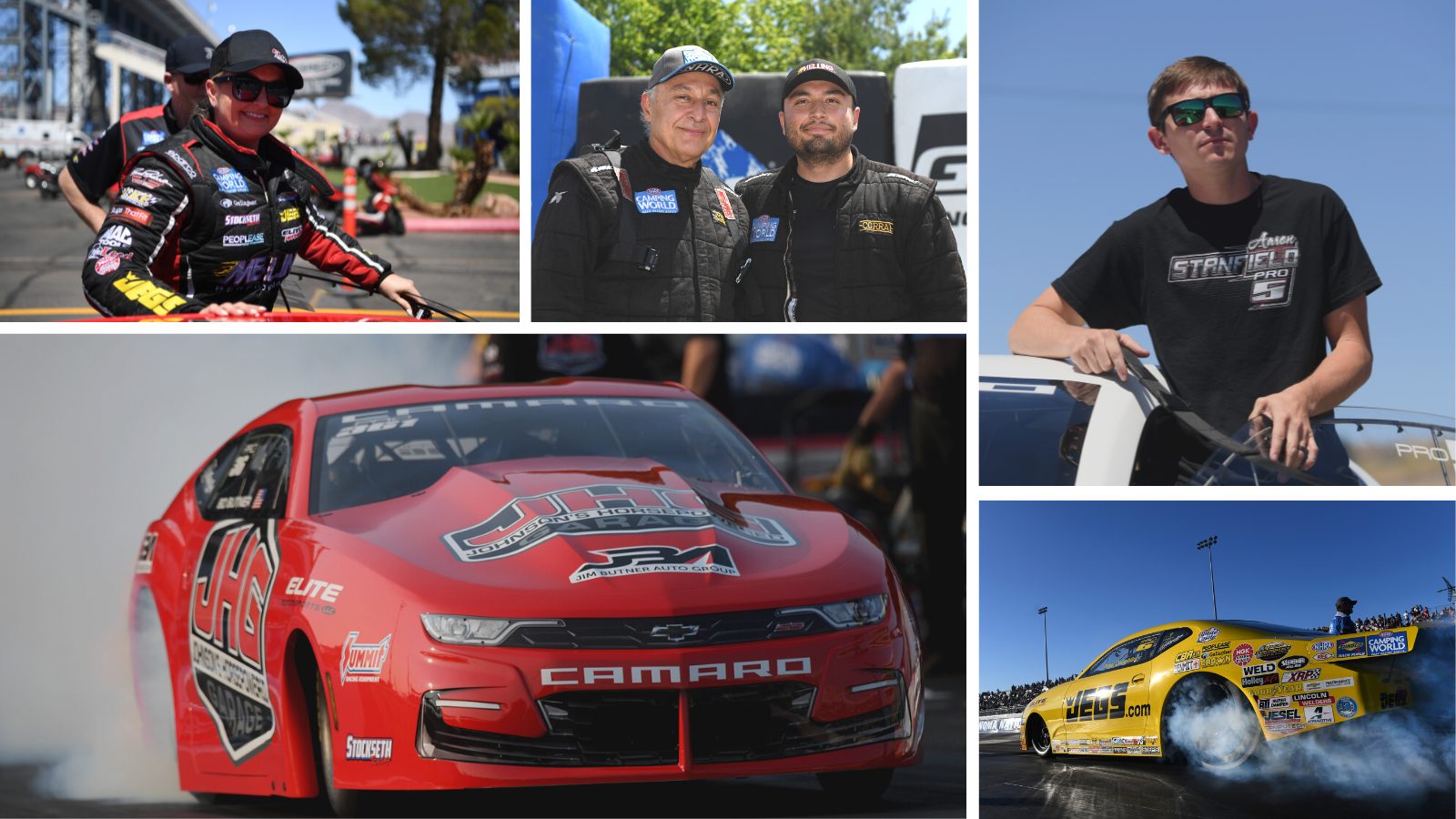 As the Elite Motorsports Pro Stock team rolls into the NHRA Midwest Nationals at World Wide Technology Raceway just outside of St. Louis in Madison, Ill., all seven drivers are still currently in contention for the 2022 Camping World Series title as they compete in the Countdown to the Championship, the NHRA’s version of the playoffs. Erica Enders, Aaron Stanfield and Troy Coughlin Jr. are sitting first, second and third, respectively in the current points standings. Enders won the first event in the Countdown and Stanfield won the second. The NHRA Midwest Nationals marks the third out of six events contested during the playoffs. To many, it is one of the pinnacle events of the season because championships have been won or lost based on performance at this event.

Enders has an outstanding track record at World Wide Technology Raceway, having earned five Pro Stock titles at the track throughout her career including back-to-back victories for the past three years in a row. As she looks to make it a four-race streak, Enders is more focused than ever and looking forward to competing once again at one of her favorite stops on the NHRA Camping World Drag Racing Series tour.

“I’m fired up to compete in St. Louis this week,” said Enders. “I feel like we let one get away in Charlotte, but this track has been great to me in the past. We are going to put our all into each round and do our best to park my Melling Performance/Elite Motorsports Camaro in the winners circle for the fourth year in a row.”

Coming off of his third win of the season and the 60th Pro Stock win for Elite Motorsports last week in Charlotte, N.C., Stanfield is prepared to parlay that momentum into another consecutive triumph. In a loaded category of ardent competitors, Stanfield knows that every round counts. The talented young driver has achieved success in several other NHRA categories and would like nothing more than to add a Pro Stock world championship to his list of accomplishments.

“We definitely have a shot at the championship,” said Stanfield. “There’s still a lot of racing to do and for our car we are just trying to take it one race at a time, focusing on doing the best we can do. Obviously, the goal for our team is to make sure we bring a championship back to Elite Motorsports and we are going to do our best to make that happen.”

With his first two Pro Stock wins this season, Coughlin is thrilled to have the championship within reach. But in order to keep it in his sight, the talented driver must give a stout performance this week in his JEGS.com / Elite Motorsports Camaro.

“We definitely have work to do but these guys are 100% up for it,” said Coughlin. “I personally couldn’t be more confident and proud to race with my guys! We’re loaded for bear and going to bring our very best.”

One could say that the tightest competition right now actually resides in the lower half of the points standings. For Butner and the Cuadra boys, getting into a solid position among the Top Ten is of utmost importance right now. With such a competitively outstanding Pro Stock field this season, these skilled drivers will be battling it out for position and making strategic moves to move up the ladder while the points spread is still so close.

Pro Mod standout Lyle Barnett is looking forward to completing the season strong in the FuelTech NHRA Pro Mod Drag Racing Series presented by D-Wagon. Burch Brothers came on as a sponsor for Barnett in Charlotte and they are continuing their support in St. Louis this week.

In the NHRA Lucas Oil Drag Racing Series, the Patterson-Elite team will be coming to the NHRA Midwest Nationals in full force with their fleet of high-performing COPO Camaros. Todd Patterson (2019 COPO FSS/D) and his son Aydan (2014 COPO FSS/F) will be competing in Super Stock along with Jay Storey (2022 COPO FSS/C). Storey is pulling double duty this weekend as he is also competing for the Patterson-Elite team in the Stock category with his 2018 COPO FS/B along with Ryan Montford in his 2013 COPO FS/C.