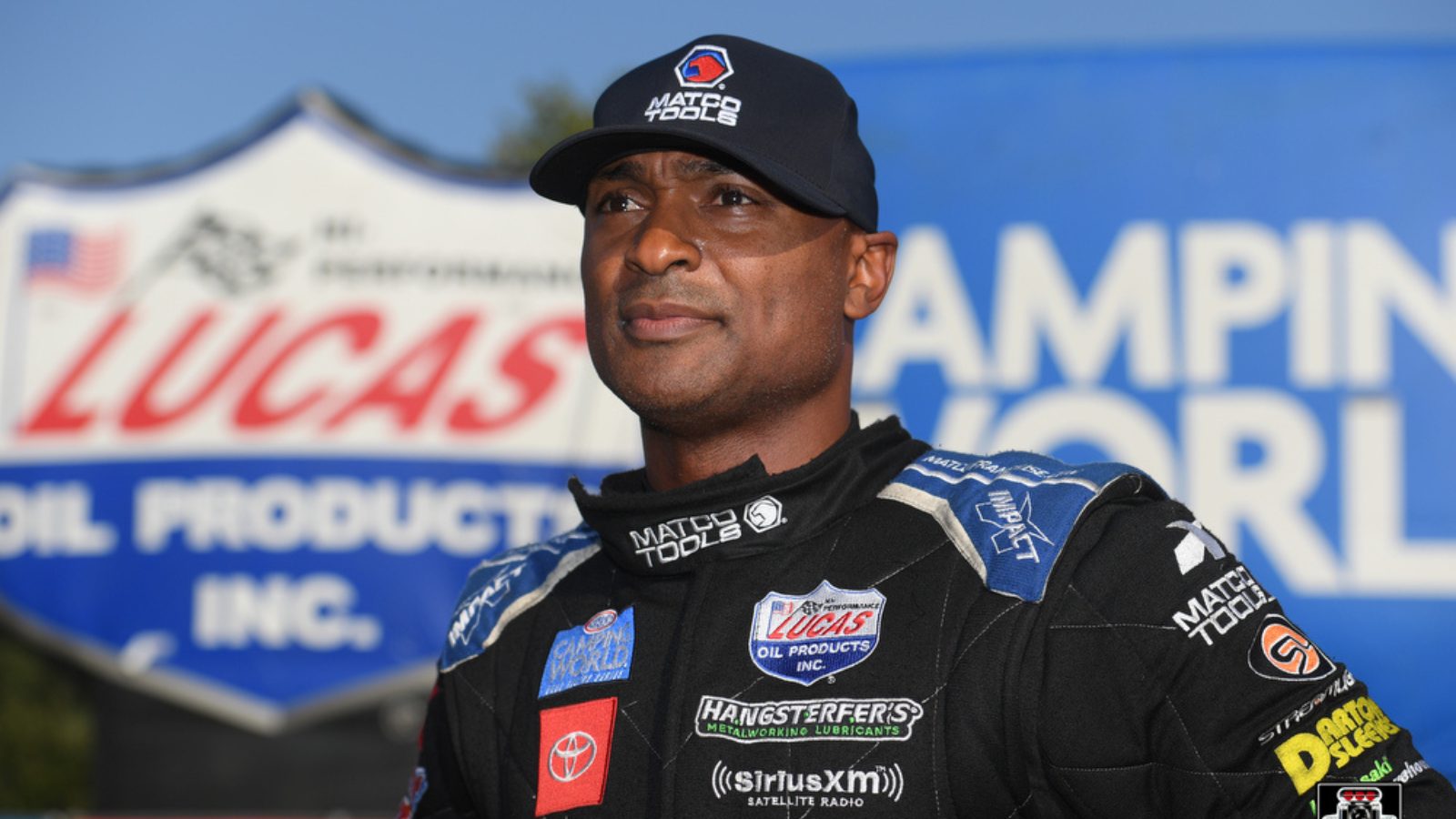 Antron Brown and the Matco Tools Top Fuel team carried the momentum from their big U.S. Nationals triumph into the Pep Boys NHRA Nationals at Maple Grove Raceway, the first event of the six-race Countdown to the Championship.

Entering the race weekend ranked sixth in the standings, Brown successfully cracked into the ‘top five,’ having secured the No. 4 position on the Top Fuel leaderboard at the conclusion of Sunday’s elimination rounds. Brown’s two-spot jump came courtesy of a semifinal finish from the eighth qualifying position.

The New Jersey native who considers ‘the Grove’ to be a home track, started race day with a first-round victory over Josh Hart, which led to Brown and Hart swapping spots in the point standings. Round two pitted Brown against No. 1 qualifier and regular-season points leader, Brittany Force. The two-time winner in 2022 clocked a 3.730 E.T. while Force suffered mechanical issues in the opposite lane, allowing Brown to extend his round-win streak to six-in-a-row from the Indianapolis event and record his fourth elimination round-win over Force this season. By activating the win light, Brown advanced one more position up to fourth and set up a semifinal contest with eventual race winner Austin Prock. Brown and Prock were nearly even leaving the starting line and both drove into immediate tire smoke. The championship-challengers were on and off the throttle, treating fans to a thrilling pedalfest down the 1,000-foot stretch but it was Prock who was able to cross the finish line beams first, ending Brown’s day after the semifinals.

“It’s been a great race weekend, we’re definitely moving in the right direction, and we really thought we had the car to win it today, especially being at this home event with so much family and friends out here,” said Brown, who grew up in Chesterfield, N.J., and cut his teeth making the rounds at the local mid-Atlantic dragstrips as a kid.

“All in all, we’ve been making some great strides,” added the first-year team owner, who is in pursuit of his fourth Top Fuel world championship. “I’m super proud of this Matco Tools team and the way we’re all pulling together, and now, we’re right in the thick of things, and we’re very much looking forward to getting to Charlotte next weekend. We’re going to keep our heads down, take it one step at a time, and try and make up some more ground next weekend.

Antron Brown and the Matco Tools Top Fuel team depart Maple Grove Raceway ranked fourth in the standings. They will compete next at the Betway NHRA Carolina Nationals, Sept. 23-25, at zMAX Dragway in Concord, N.C.