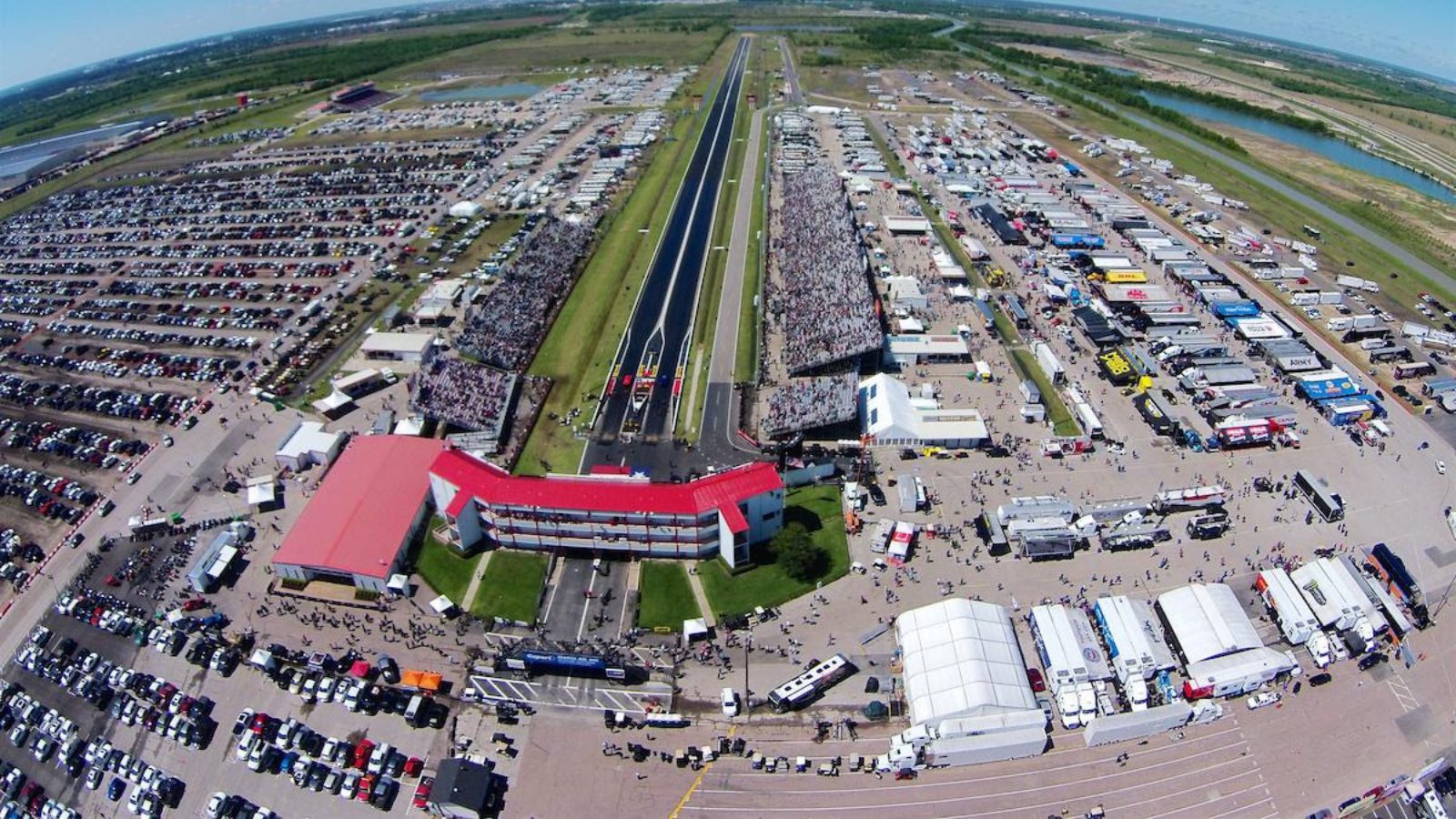 Ahead of this weekend’s final NHRA SpringNationals at Houston Raceway Park, General Manager Seth Angel issued an open letter to the racing community. The full letter is published below.

To our dear racing family,

Since the beginning, the Angel family has taken immense pride in bringing NHRA Championship Drag Racing to the greater Houston area. Now, as the sun sets on 35 years of countless world-class performances here at Houston Raceway Park, we wanted to take a moment to convey our enormous gratitude and humble appreciation to all of our friends, fans, racers and sponsors for creating so many special and historic memories here in Southeast Texas.

Together with the Gay family of Dickenson, my late father Glen along with my uncles Greg and Gary Angel, made the transition from drag racing fans into track owners in the late 1980s by building one of the quickest and fastest facilities on the NHRA circuit. They later bought-out the Gay family in 2004, making Houston Raceway Park even a larger part of our lives. We’ve kept the pedal to the floor ever since.

The list of legends who have graced this quarter-mile strip since the early days reads like a “Who’s Who” of drag racing royalty, and I know I share the sentiment of our fans when I think about all the thrills we’ve shared watching them perform through the years.

Gene Snow breaking the four-second barrier for the first time in NHRA Top Fuel competition during the 1988 fall event is an obvious highlight, as is Don “the Snake” Prudhomme’s first 300-plus mph Funny Car blast in March of 1993. Larry Dixon carding the first sub-4.5 second Top Fuel run here in 1999 also ranks highly in our track’s history. The same can be said for Warren Johnson’s memorable 6.981-second Pro Stock blast in 1995.

Then there was the unforgettable “Burndown” between heated rivals Warren Johnson and Scott Geoffrion, who both sat in the pre-stage beams for more than a minute trying to unnerve one another. We also savored Pro Stock Motorcycle rider Michael Phillip becoming the first African-American to win in a pro category in 1997.

For most of us, just smelling the nitro and feeling the thunder of 10,000-horsepower racecars each year defined big parts of our lives.

It’s been great to work with the NHRA all this time, dating back to initial conversations with NHRA founder Wally Parks on through to the current leadership group. It’s also been a blessing to help put a gold star by the City of Baytown and Chambers County as a go-to destination in the great State of Texas.

Through the years, we’ve worked with some of the best companies, both locally and nationally, that helped us keep this place at the top of the charts when it comes to world-class racing facilities. The friendships created from every sponsorship deal we’ve ever put together will remain forever.

We’ve been flattered to have become close friends to so many racers and crew members who, year after year, give it their all for the love of the sport. The greatest compliments come from these daredevils, because they have seen it all, so when they tell you they love and appreciate your facility it means so much.

Most of all, we offer our utmost thanks to the masses of fans who have come through the gates since that very first event in 1988. We hope you never forget the great times you spent here with your family because you have certainly become a part of ours.

Here’s to one final glorious NHRA national event race weekend. Thank you all, once again, from the entire Angel family.