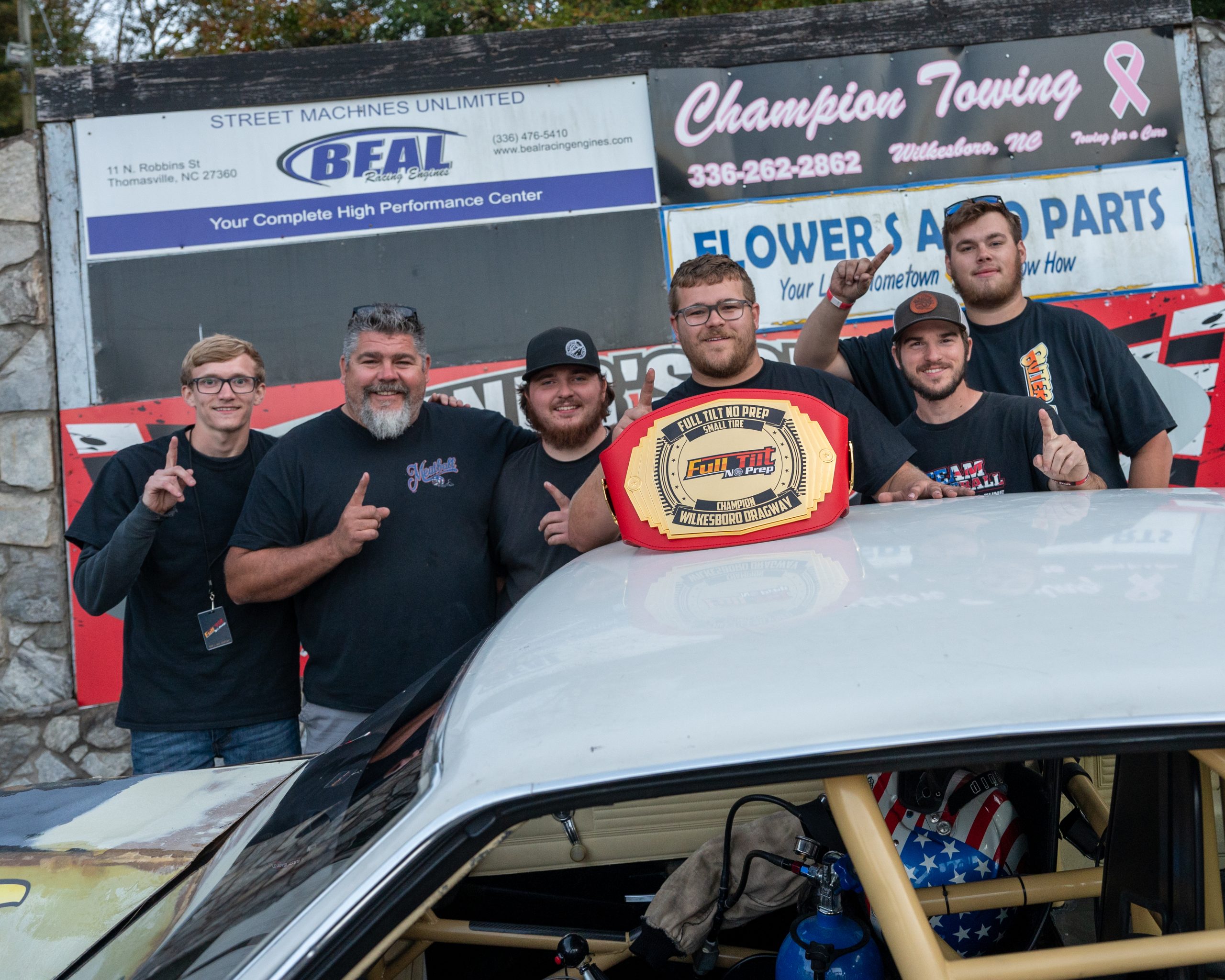 Grassroots no-prep racing has been the topic of 2022, with the Carolinas being a top area for the best small-tire action around. For years, Wilkesboro Dragway has become a hotspot for great no-prep action, and Full Tilt No-Prep brought some of the best no-prep racing we have seen this year. Promoter Chris Hujber and track manager Paul Salvatore worked together to bring guaranteed payouts and guaranteed action for the Wilkes County crowd with a $7,000-plus pot in Small Tire headlining the event.

20 Small Tire cars entered Full Tilt No-Prep, but one team looked to double up their Carolina wins in 2022. Allen Thompson and Team Meatball made the trip from Louisville, Kentucky, to Wilkesboro Dragway to double down as they had already added the Carolina Cash Days “The Warm Up” Small Tire victory under their belt in March at Shadyside and wanted to add Wilkesboro to that list.

It wouldn’t be an easy path as their first-round matchup featured Freddy Lafollette and his twin-turbo Vega. It was a dog fight from the instant green to the eighth mile with Team Meatball’s “Buterface” Malibu moving on to the second round. Thompson found himself against street racing heavy hitter Charles Corriher and his turbo Mustang dubbed “Patches.” Both cars took the green light with Corriher getting loose at the transition and Thompson gaining another round win.

Third round saw a rematch of the Carolina Cash Days “The Warm Up” finals as Bubba Phillips in his turbo LS Mustang named “Side Chick” lined up with Thompson. Both cars left identically but the big-block nitrous power proved to be too much and Thompson moved into the final three cars. Thompson found Lady Luck on his side as he drew the bye to finals, where he met one of the best in Carolina small-tire no-prep racing, Jarrett Bradshaw and his turbo LS mustang “Willie Dynamite.” 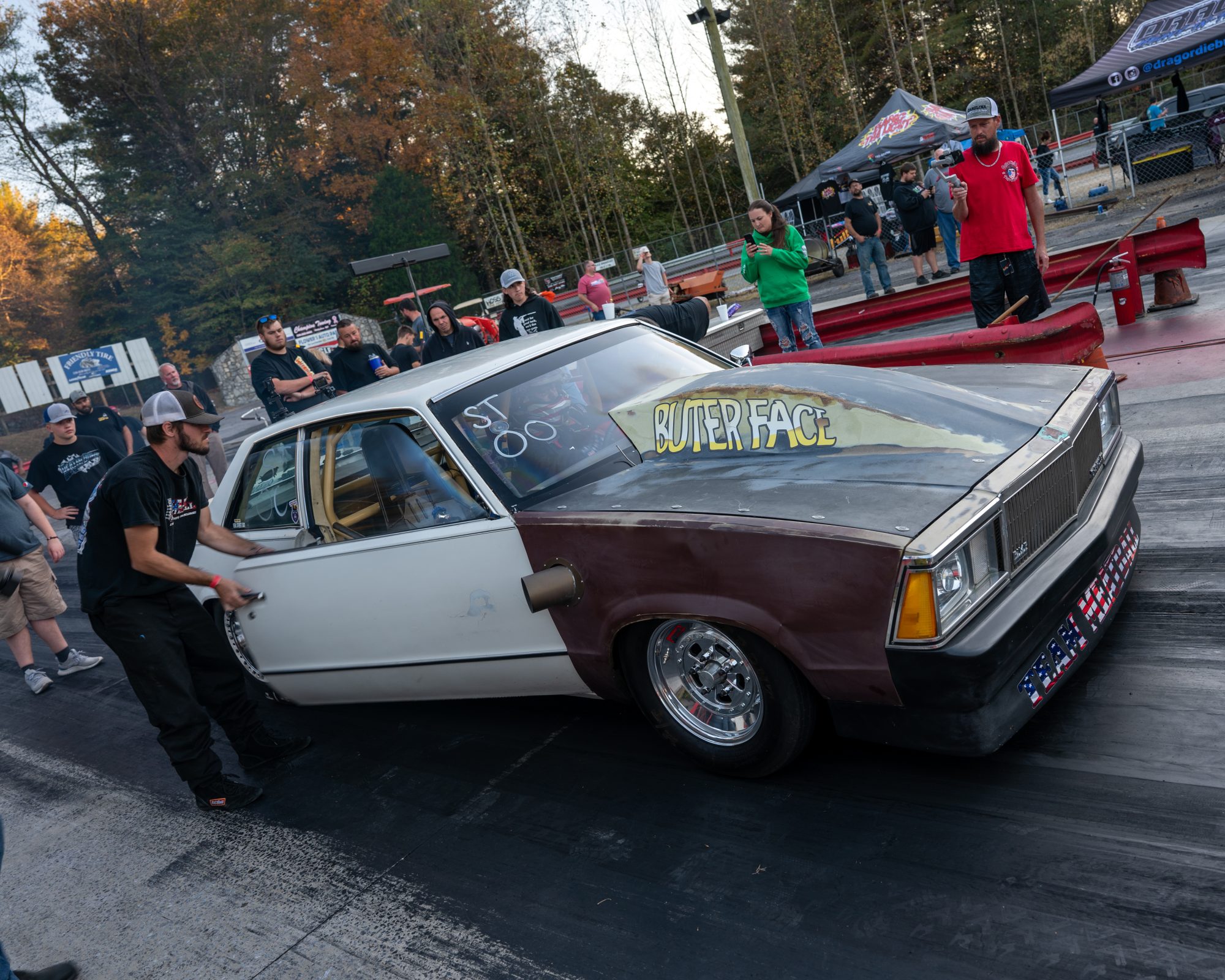 This final round was a shot at revenge for Bradshaw, as Thompson had defeated him earlier in the year at Shadyside when both teams had a decent size side bet on the race. Both cars did side-by-side burnouts and backed up carefully in their tracks. There was no margin of error as it would take a perfect pass to win this race. The tree flashed the instant green and the big block and turbo LS both came alive as Thompson had a starting advantage and kept it through the eighth mile to wrap up his second Small Tire victory in 2022 in the Carolinas at Wilkesboro.

Other winners in Full Tilt No-Prep competition were Michael Laney in True Street, Danny Porter in Small Tire Second Chance, Brad McBride in Crazy 8 Shootout, and Charles Corriher in the After Dark Pour Your Own Puddle Shootout.