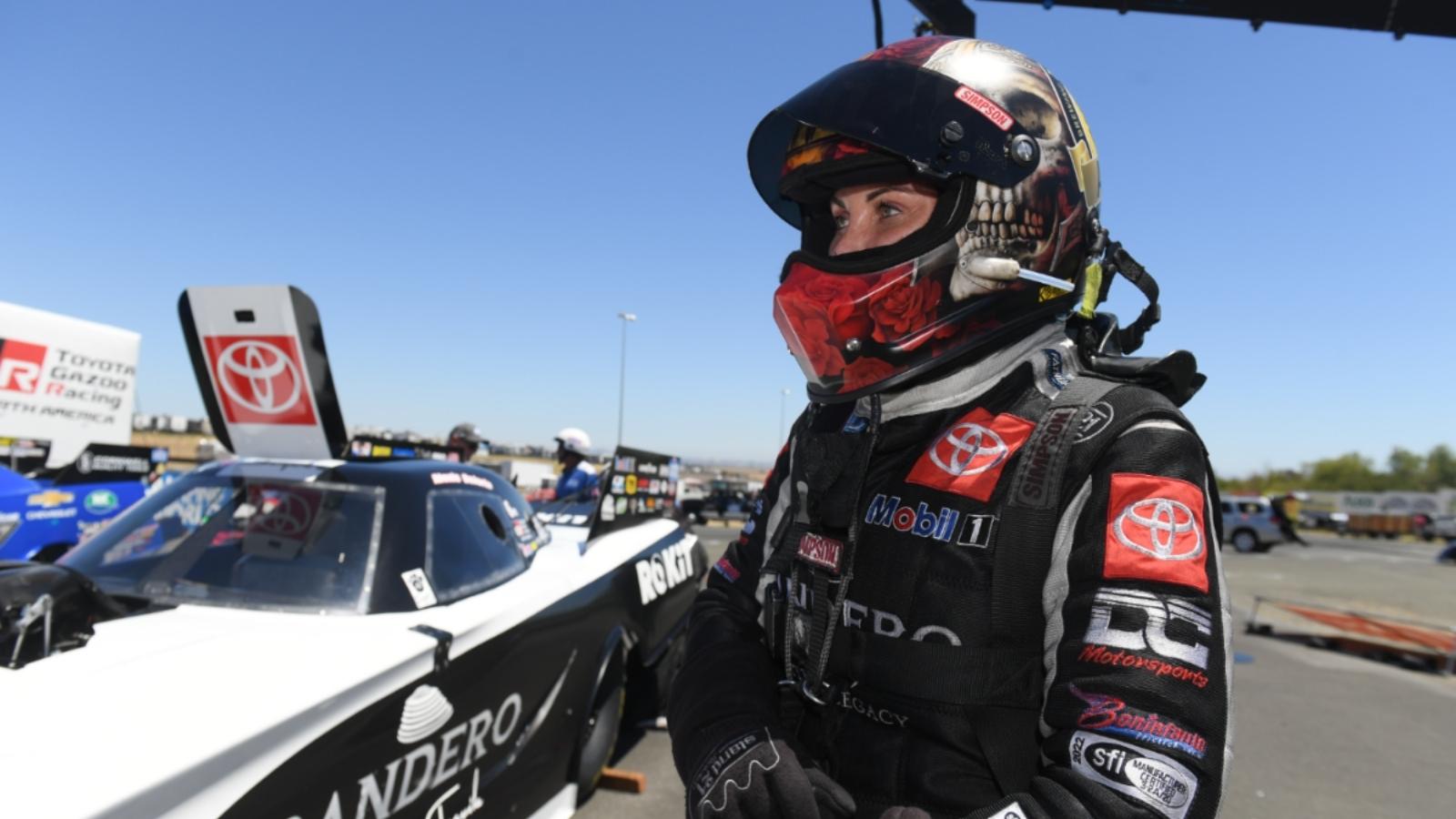 On National Tequila Day, Alexis DeJoria took her Bandero Premium Tequila Toyota GR Supra Funny Car to the semifinals at the NHRA Sonoma Nationals. While she was hoping to celebrate Tequila Day in wine country’s winner’s circle, DeJoria and her team are pleased with their overall performance in Sonoma and are confident a win is right around the corner.

“Our DC Motorsports Bandero/ROKiT Toyota GR Supra was very consistent throughout qualifying; it was like a bracket car,” said DeJoria of her team’s qualifying performance, which saw Del Worsham and Nicky Boninfante tune the Bandero Supra to the third-quickest pass of Friday’s lone session, and the fourth-quickest passes of Q2 and Q3.

As the No. 3 qualifier, DeJoria drew Terry Haddock as her first-round competitor on Sunday. She swiftly powered past her tire-smoking competitor by posting a 3.905 E.T. In round two, DeJoria made another solid 3.905-second pass to outrun Cruz Pedregon and set up a semifinal match with John Force. Against Force, DeJoria moved first to earn the starting line advantage and clocked her sixth-consecutive clean run, posting a 3.933 E.T., but Force came out on the winning end of a close side-by-side race with his 3.909-second time.

“I can’t say enough about what an amazing group of guys and tuners we have here at DC Motorsports,” added DeJoria following her fourth semifinal Sonoma appearance. “All these guys work so well together. I’ve got that confidence back. We’re consistent, and then when I really needed to get on that pedal on time, I pulled it off. Halfway down the track, I didn’t see John (Force) at all in the semis, and I was starting to celebrate, and then at the finish line, I saw the nose of his car. You just can’t count that man out, and he’s the reason a lot of us love this sport, but I love my guys and our badass race car more.”

DeJoria and the DC Motorsports team depart Sonoma Raceway ranked eighth in the NHRA Countdown to the Championship standings and within one round of the No. 7-ranked driver.