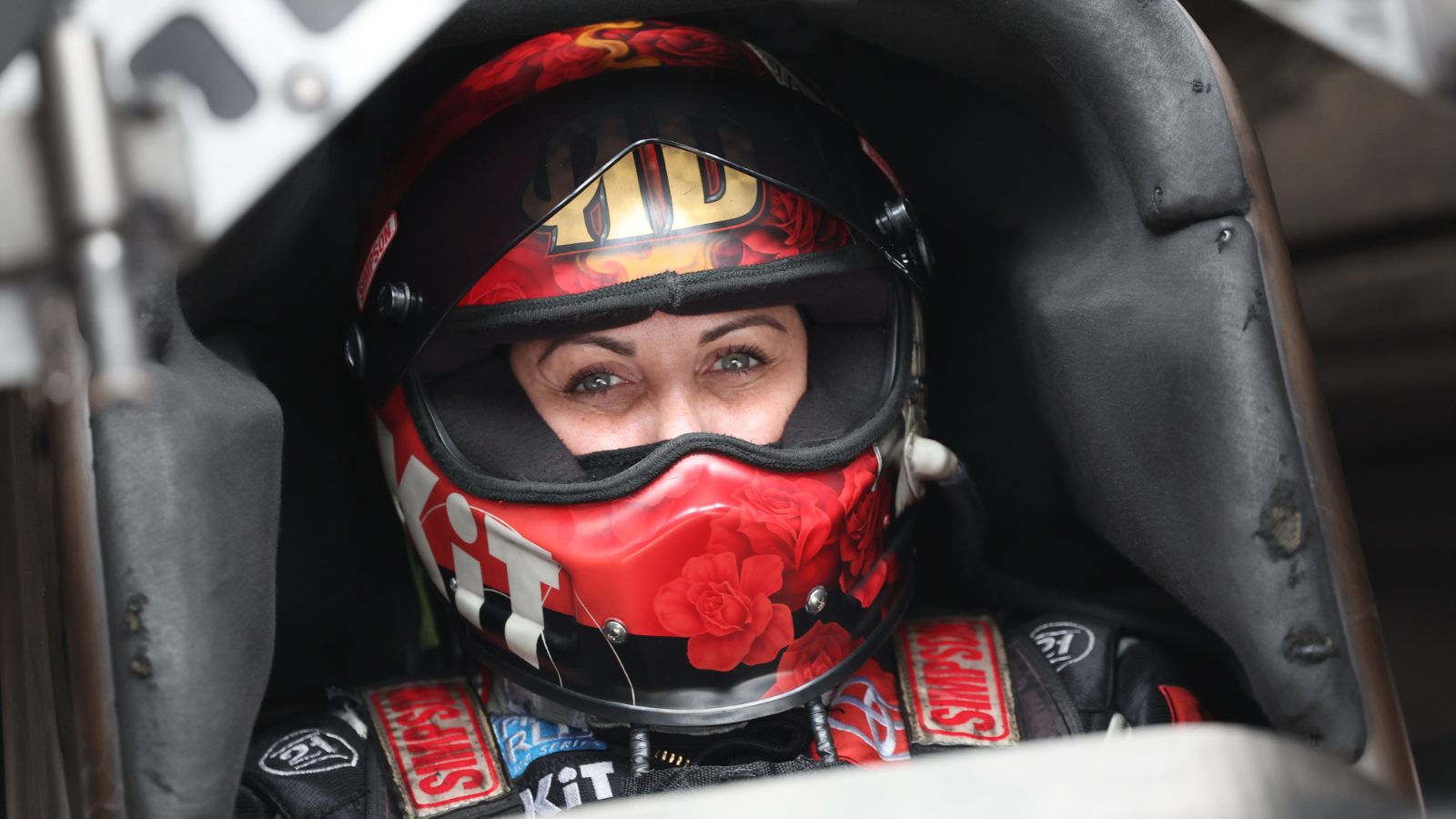 Alexis DeJoria placed the Bandero Premium Tequila Toyota GR Supra Funny Car in the No. 12 position to start race day at the Texas NHRA FallNationals, qualifying on the strength of her 3.976-second pass from the third session. The Austin, Texas resident started the weekend ranked sixth in the NHRA Countdown to the Championship points standings, and was looking to make up some ground on Sunday at the event where she made her Funny Car debut in 2011.

DeJoria drew No. 5 qualifier Blake Alexander as her first-round competitor and was seeking to extend her 6 – 1 round-win lead over her opponent on a rain-delayed race day. She scored the slight starting line advantage but her machine encountered issues early and started spinning the tires while Alexander made a clean pass for the win. During that session, Tim Wilkerson also advanced and the round-win allowed him to move ahead of DeJoria in the point standings, bumping her back one spot. 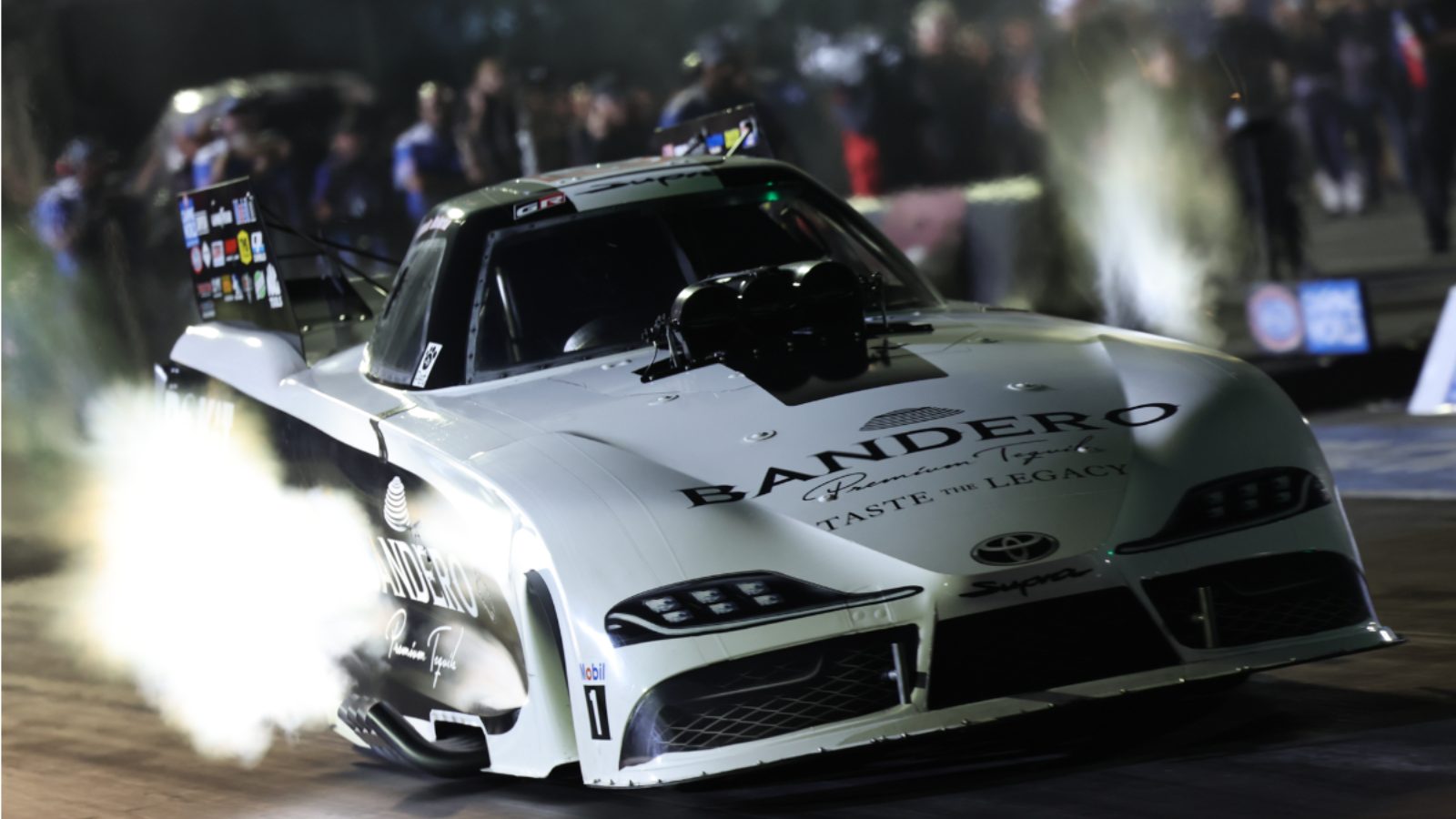 “Disappointing weekend for the DC Motorsports Funny Car team,” said DeJoria, who recently powered the Bandero GR Supra to the final round in Charlotte at the NHRA Carolina Nationals, the second of six Countdown events. “We struggled in qualifying. Got down one run and made a good pass but didn’t have the best qualifying position going into race day and that set us back. First round, we went up there, I had an okay light, and the car started moving toward the right and smoking the tires, and that was it. We’ll regroup and head to Vegas, and see what happens out there.”

DeJoria and the DC Motorsports team depart Texas Motorplex ranked seventh on the leaderboard with two races remaining, including the NHRA Finals which features a points-and-a-half format at the season-closer in Pomona, Calif. DeJoria will return to the seat of her Bandero GR Supra, Oct. 28 – 30, for the NHRA Nevada Nationals at The Strip at Las Vegas Motor Speedway.