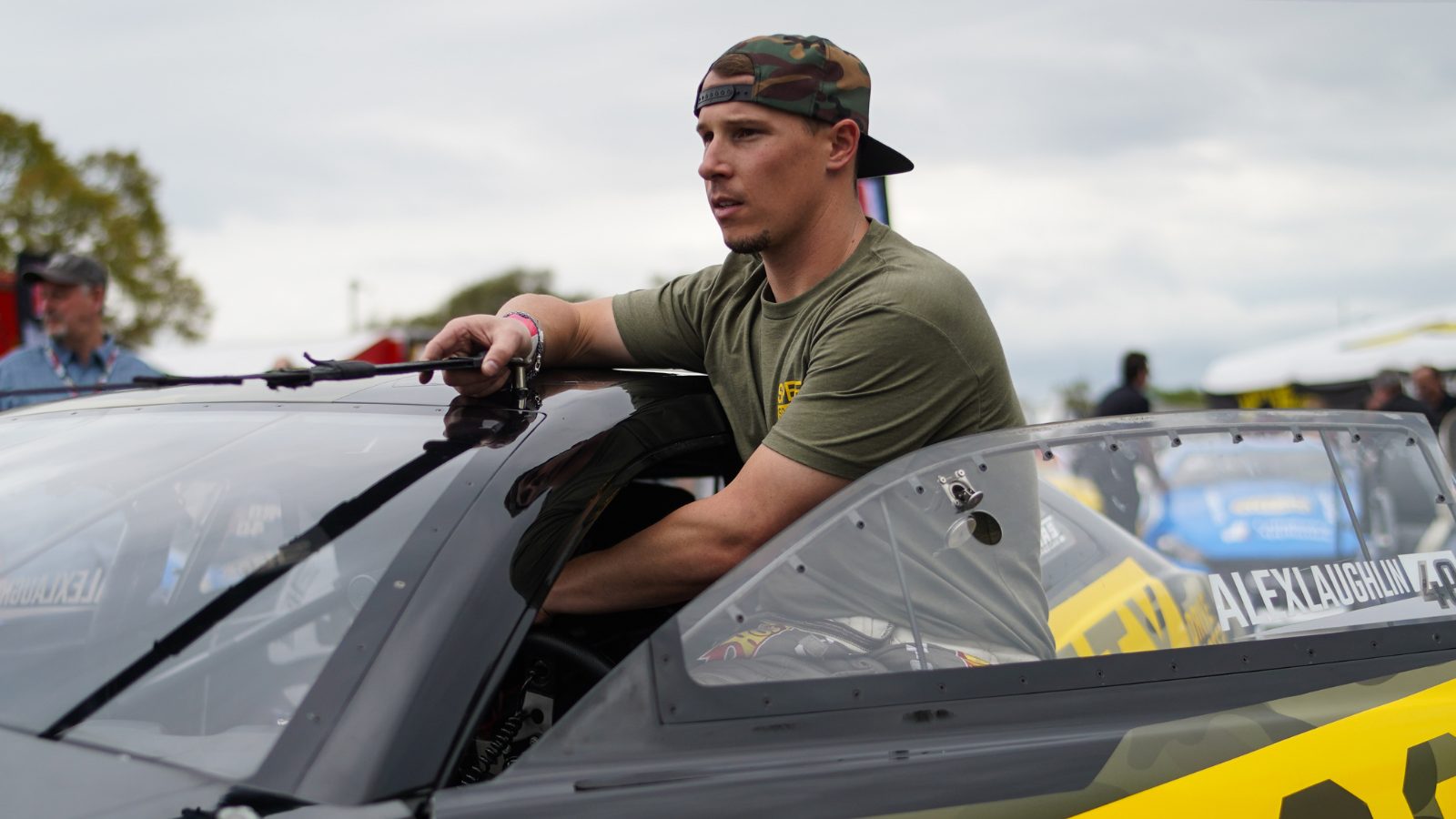 Alex Laughlin, an experienced racer in many forms of motorsports, has accepted his invitation to the 2023 Drag Illustrated World Series of Pro Mod. Laughlin currently fields a Top Fuel Dragster in the NHRA Camping World Series but is looking forward to getting back in a Pro Mod car for a chance to win the $100,000 cash prize.

“It absolutely means the world to me because I don’t technically race in Pro Mod anymore, so to even be considered on the list means a lot,” Laughlin said. “I’m super thankful for Wes and everybody at Drag Illustrated. I’ve been such a fan of everybody over there for so long, and we’ve worked really well together over the years and supported each other in a lot of different ways. To be able to come out and have a shot at running the race is huge.”

Laughlin first competed in Pro Mod in 2018, and he’s building a bit of suspense regarding what car he’s going to race, giving fans something to look forward to. “I have had a few folks express interest in having me drive one of their cars, so I certainly have enough option to be there in a competitive car,” said Laughlin.

The Texas native is one of the 40 drivers invited to the WSOPM March 3-5 at Bradenton Motorsports Park, where only 32 will qualify to compete. The 2023 event is taking on an outlaw eighth-mile format. Laughlin says the event is a “different scenario” as the best Pro Mod drivers from drag racing’s numerous classes will be there.

“You’ve got the NHRA legal guys that definitely have the bigger budgets and higher level of support. But you’ve also got the eighth-mile racers that come from PDRA and those sides of the pro mod world that really have the eighth-mile racing perfected,” he said. “It’s really going to be an interesting dynamic. It’s going to be a different game and level the playing field and shake things up.”

This will be the first time Laughlin makes a competitive pass at BMP. He has raced almost everything, from a 330 mph Top Fuel Dragster to go-karts and everything in between, including Pro Stock and Pro Mod. Just this year, Laughlin jumped headfirst into the world of “Street Outlaws: No Prep Kings.”

“To have a shot at it with all of the other heavy hitters should be awesome,” he said.

Laughlin is the latest driver to be locked in for the WSPOM. To see the current list of drivers and event updates, visit www.WorldSeriesofProMod.com.