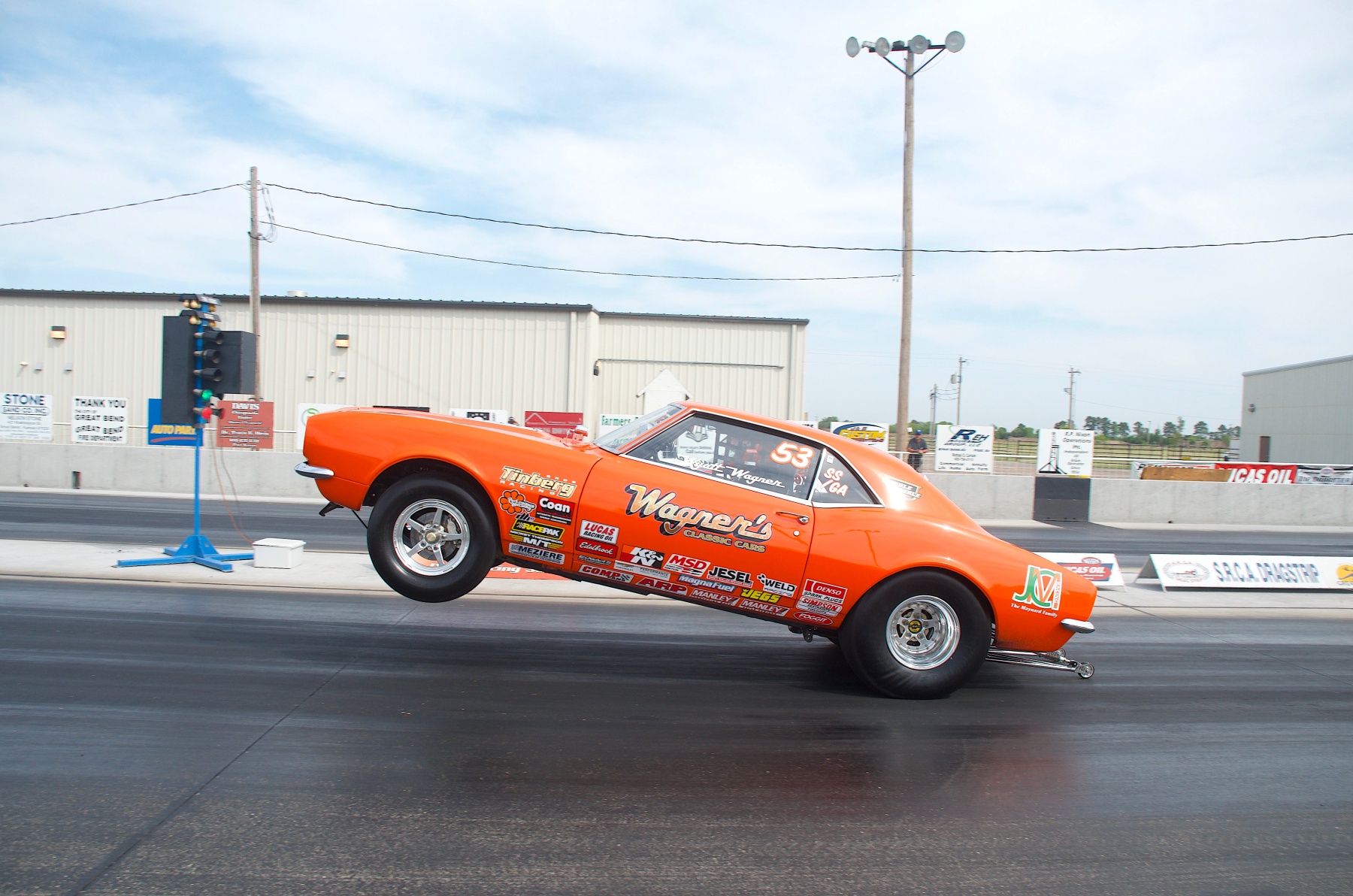 When it comes to dragstrips with historical significance, SRCA Dragstrip in Great Bend, Kansas, is pretty much a national treasure, having the incredible distinction of hosting the first-ever NHRA National meet in 1955.

Originally constructed over top of a 1940s-era landing strip for bombers during World War II, the dragstrip was launched in 1954 by efforts of a car club known as the Sunflower Rod and Custom Association, which is where the track gets its name. The following year saw the newly formed National Hot Rod Association gather in Great Bend for the first national meet in the sanctioning body’s history.

The town of Great Bend still celebrates that momentous occasion, especially since the track was deemed a Kansas Historic Site, in which the governor attended the celebration and presented the track with a proclamation that is displayed proudly in the tower. Additionally, the local historical society, as well as neighboring museums, all display SRCA Dragstrip memorabilia, including the flags used to start the races at the landmark 1955 event. 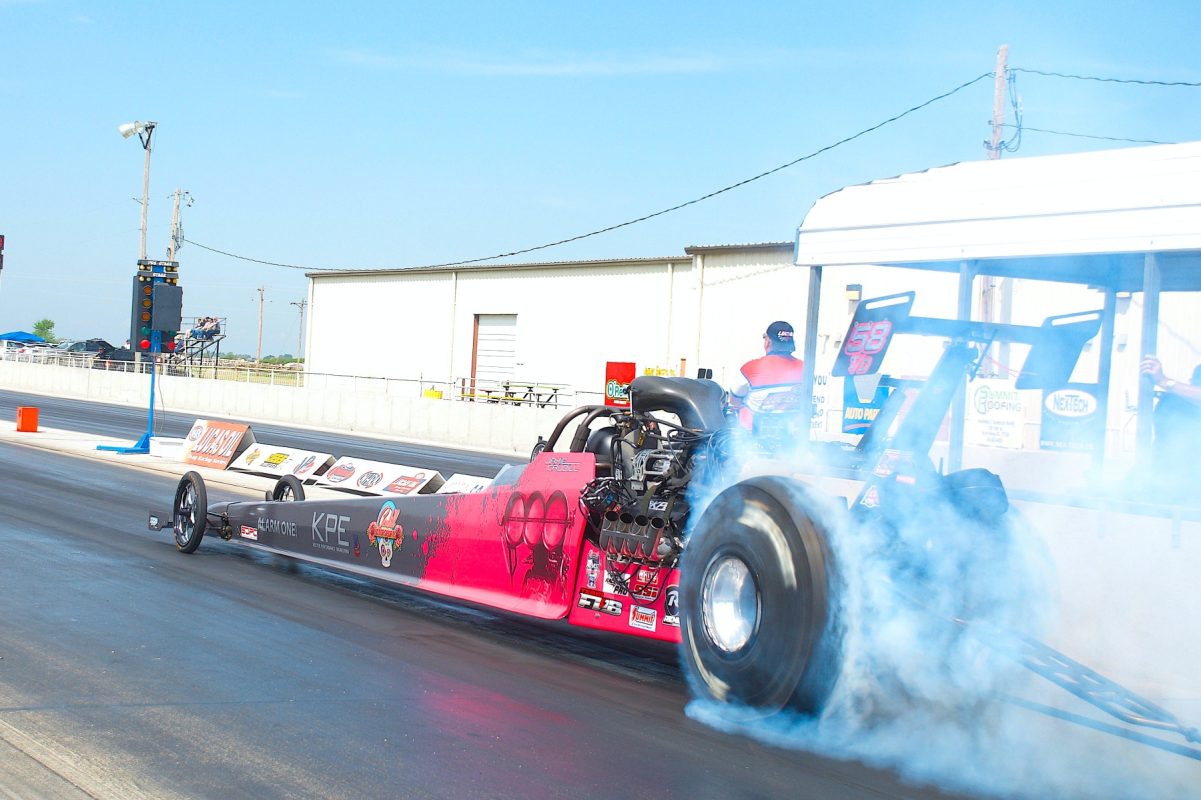 The significance of SRCA Dragstrip is hardly limited to NHRA’s roots, though, and while only one national was ever held at SRCA (the NHRA moved the event to Kansas City the following year) the newly formed AHRA came in right behind them and began holding their own nationals at SRCA until 1959, most notably with “Big Daddy” Don Garlits winning his first AHRA title in 1958 at Great Bend.

Through decades of changing times, innovations, as well as economic climates ranging from boom to bust, the same car club that founded the track 68 years ago continues to operate it to this day.

While this fabled track in Great Bend is rich in history, the facility itself is hardly an aging relic, but rather, a modern venue where national records are challenged and championship drag racing is still contested. In recent years, updates include a new tower, scoreboards, and a tech building filled with modern equipment.

The only glaring need the track had was the racing surface itself, which thankfully has been completely restored during a two-year project that ushered in brand-new concrete walls, followed by a new racing surface from starting line, all the way to the shutdown. The old track surface had been overlaid multiple times, most recently in 2013, but the original war-time concrete beneath was approaching 80 years old and deteriorating.

After exploring every avenue imaginable, the saving grace came in the form of a Kansas Senate Majority Leader who proved instrumental in championing the dragstrip’s cause. The Senate Majority Leader just happened to also be a member of the SRCA car club, and was not only passionate about the track, but also alerted the dragstrip officials to a cost-share program that local municipalities could use for various projects, of which the dragstrip would qualify.

Ultimately, if the dragstrip could raise 25% of the needed funding, the State of Kansas would pick up the remaining balance for the track updates. “In late 2019 we first began with the pouring of the brand-new walls, finishing up in 2020,” says Hank Denning, who serves as SRCA Dragstrip consultant.

The concrete walls are 10 inches thick with a continuous pour that begins with a height of 32 inches at the water box before grading up to 44 inches at 1,000 feet. At the finish line, the walls reach a maximum height of five feet and extend all the way to the exits of the shutdown area. Soon after the walls were complete, the racing surface was addressed, with an all-concrete pour that extends the entire length of the track all the way to the turnoffs. The lanes are 20 feet wide, and measure eight inches thick on the racing surface, before transitioning to six inches in the shutdown.

“What we tried to do was rebuild this track to national event specs, but it wasn’t without growing pains on the new surface. We’ve since had it ground three times and burned off 50 slicks on the rotator putting rubber down,” says Denning. 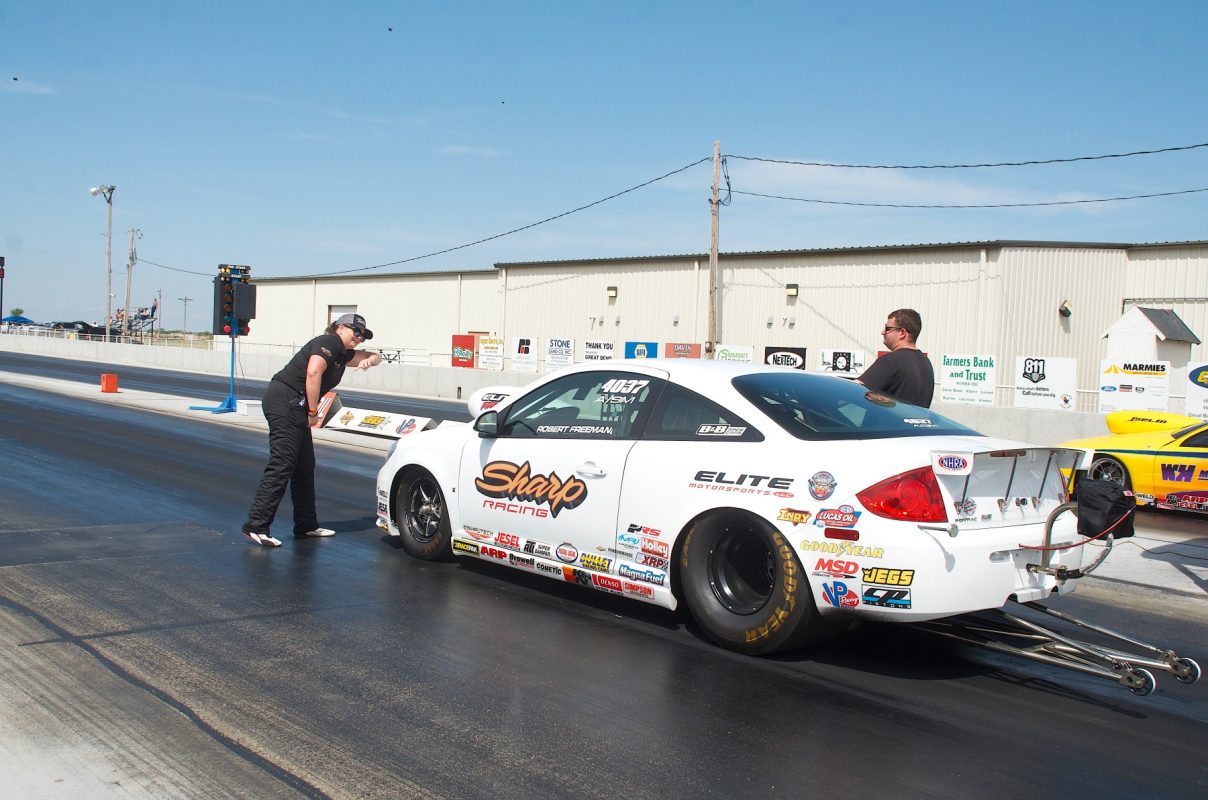 By the start of the 2022 season in May, the track was in the best condition in its entire history. The upgrades also included a completely revamped Compulink timing system just in time to host the NHRA Lucas Oil series meet. “We actually just held our first race on May 7,” Denning says. “We always put a points race right before the divisional and we give racers the option to stay parked for the divisional race happening the following week, so it works out great.”

SRCA Dragstrip has a robust schedule of events in 2022. Along with the NHRA divisional, the early part of the track’s season included the return of the Mid-West Drag Racing Series, which first visited Great Bend in 2021. Later in June, the Rocky Mountain Race Week started and ended at SRCA.

In July, the Injected Barnstorming Allstar Tour visits SRCA with test-and-tune and gamblers, followed by a pair of point races on tap in August. Special events in September include NHRA T.V. Challenge and Jr. Dragster Challenge Wally Race, Pontiac Uprising, and a visit from the Rocky Mountain Nostalgia NSS/AFX group. The points series concludes in October, with the SRCA Awards Banquet closing out the year in November.

“We’re thankful to have been able to get the new surface complete in 2022 and we’re getting geared up for a great season,” concludes Denning.