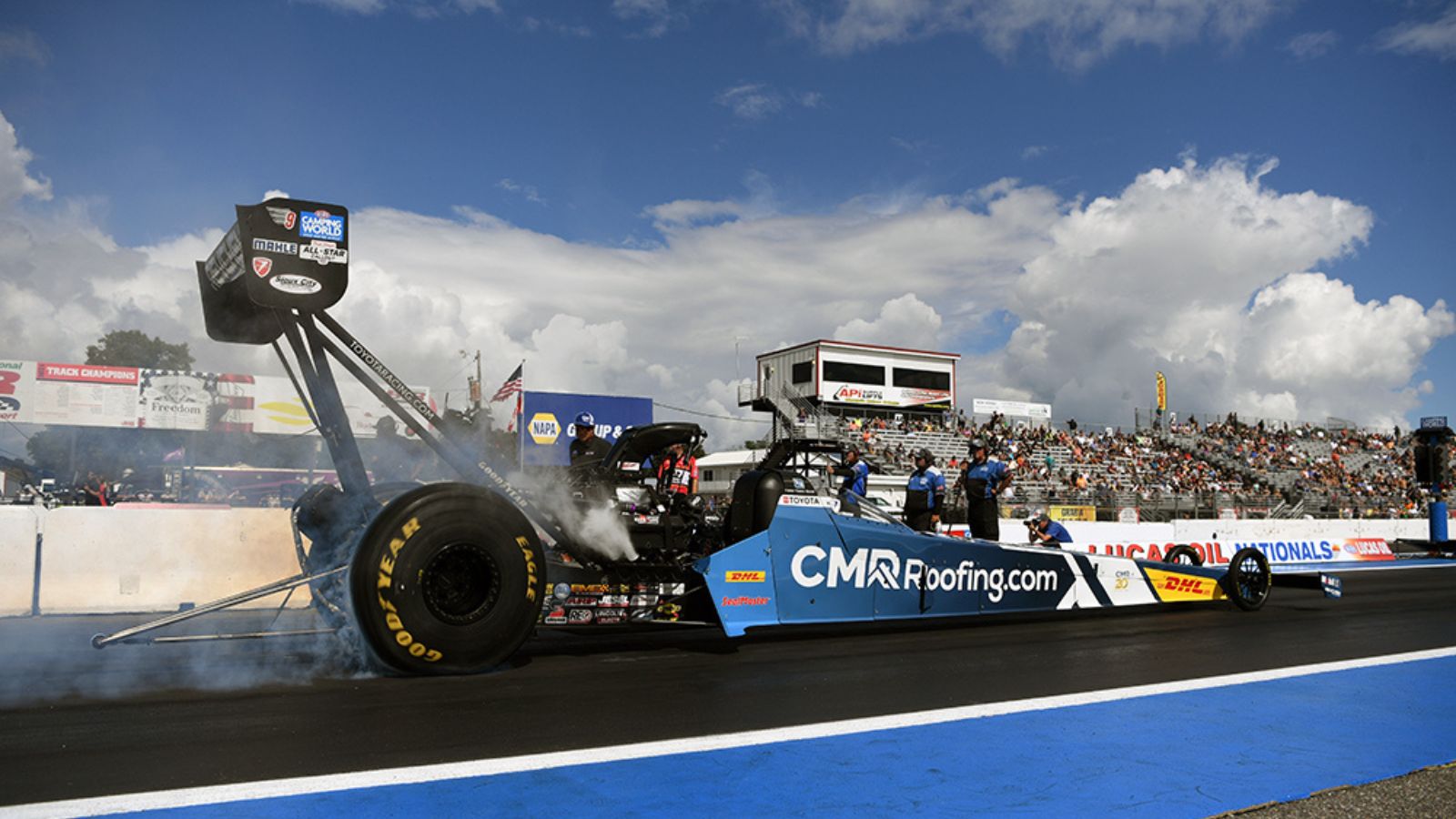 After two days of qualifying in cool temperatures Shawn Langdon and the CMR Construction and Roofing Top Fuel dragster team were ready to make moves up the point standings. Their quickest time of 3.737 seconds positioned the team as the No. 11 qualifier going into race day at the Brainerd Nationals.

Langdon was facing a first round mismatch based on qualifying results, but the 2013 Top Fuel world champion knew today was a brand-new opportunity for success. He was first off the starting line with a .045 to .099 reaction time advantage and the CMR Construction and Roofing Toyota Top Fuel dragster never trailed in the race. Langdon tool the win 3.760 seconds to 3.822 seconds to advance to the quarterfinals against No. 3 qualifier Justin Ashley.

Langdon once again was strong off the starting line leaping out in front of Ashley with an impressive reaction time of .049 to his opponent’s .064. Both dragsters were flying down the track and just past half track Ashley got the nose of his 11,000 horsepower Toyota dragster in front of Langdon’s CMR dragster. It was the quickest side-by-side race of the quarterfinal round with Ashley posting the quickest ET and Langdon ringing up the second quickest time in a losing effort. At the finish line it was 3.726 seconds to 3.807 at over 320 mph.

“We are holding our own in the points and we lost a close race in the second round,” said Langdon. “We have one race left in the regular season in two weeks at the U.S. Nationals and we can make a move to get up to fifth place heading into the Countdown. Our focus now is winning Indy again and then taking some momentum into the playoffs.”

Langdon will leave Brainerd in a tie for sixth place in the Top Fuel point standings just 36 points out of fifth place. The 2020 U.S. Nationals Top Fuel winner will be back on track at the biggest race of the season in two weeks over Labor Day weekend.