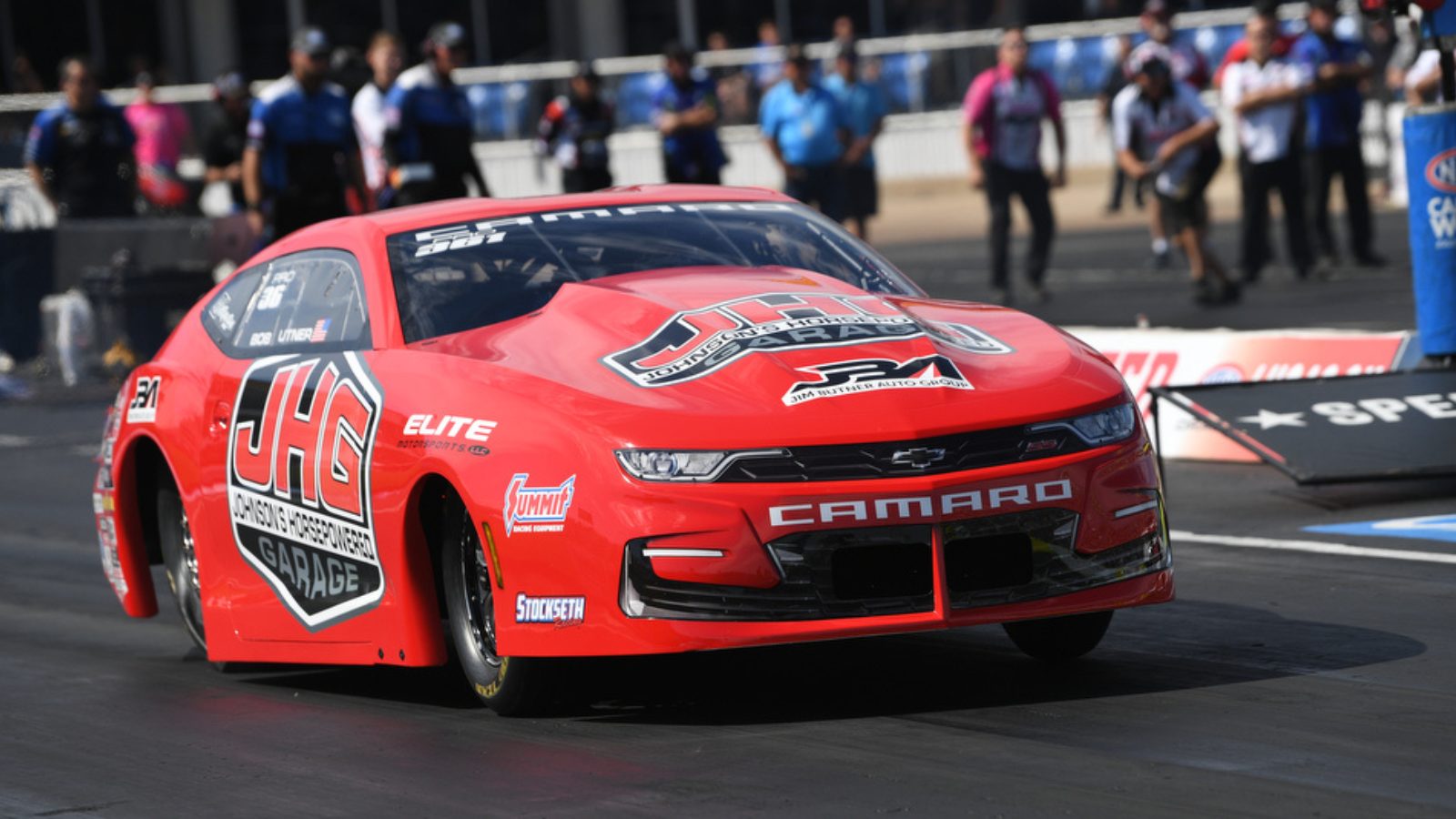 On Sunday at Texas Motorplex, Bo Butner brought his Johnson’s Horsepowered Garage Chevrolet Camaro Pro Stock car to the starting line with a ton of optimism and the belief that he and his loyal team can and will win. Although it was not to be at this weekend’s Texas NHRA FallNationals, Butner and the JHG Driven crew remain dialed in to getting it done before the close of the 2022 NHRA Camping World Drag Racing Series season.

“We really want to get a trophy for Jason Johnson and his wife, Nikki,” said Butner, referring to his friend and sponsor. “That would really mean a lot to us, and our car is capable of running with the rest – it’s shown us signs here and there that keep us positive. This morning didn’t go as we’d hoped it would, but we don’t hang our heads. We’ve got two more races left this year, and we’re not letting off the gas.”

Butner qualified in the No. 10 spot at the FallNationals, but the position wasn’t reflective of what the JHG Pro Stocker is capable of. He had one of the top five quickest cars in both of the final two qualifying sessions.

“We were pleased with how our JHG car performed,” said Butner. “We learn something every time we go down the racetrack, and we’re learning a lot off the racetrack, too. We’ve got a great group of guys over here, and they worked their tails off this weekend. It will be very rewarding when it finally pays off.”

On Sunday in Dallas, Butner drew Deric Kramer as a first-round opponent. It was the third time the two had met on Sunday this year, and they were tied with 7-7 in round wins against one another heading into their match.

“It’s disappointing, but we have so much to look forward to, and I’m not going to let this sit with us for too long,” said Butner. “I’m excited to get to Las Vegas – we have some very special things happening there – and I believe we can win. That would just be the icing on the cake.”

The next race on the 2022 NHRA Camping World Drag Racing Series tour will be the NHRA Nevada Nationals at The Strip at Las Vegas Motor Speedway, October 27-30.