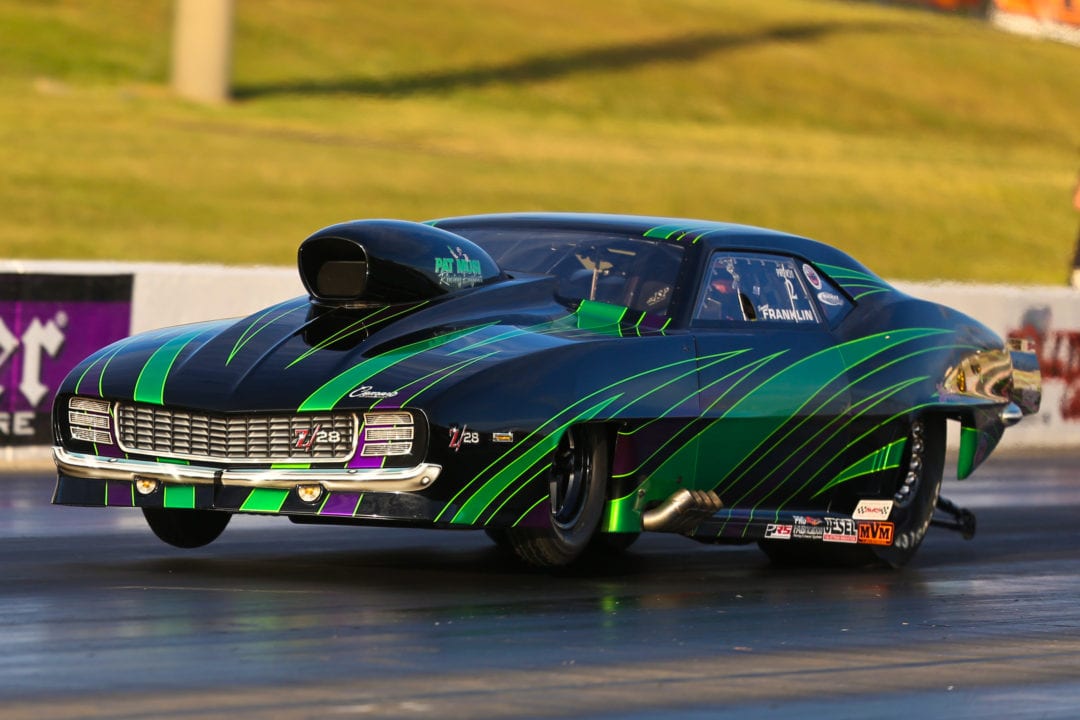 “Based on the PDRA rulebook, we’re deep enough into eliminations that we’ll carry those results over to the next race,” said Tyler Crossnoe, race director, PDRA. “I hate that we couldn’t get it done and crown champions here at Virginia, but we’ll crown the Virginia champions at Maryland at the end of the month.”

Crossnoe and the PDRA race officials will determine the run schedule for the remaining eliminations to run at the North-South Shootout, but the tentative plan is to run the final rounds during Friday’s second qualifying session.

“We definitely don’t want those guys to lose a nighttime run that they’re all going to want,” Crossnoe said. “We may put them in at Q2 to finish the finals for most of the classes, but we’ll see what makes the most sense once we get there. We’ll make the best decision possible for the racers that were still in the game here at Virginia.”

Defending Pro Boost world champion Tommy D’Aprile will take on fellow Floridian Jerico Balduf in the final round at Maryland. D’Aprile drove his Al Billes-owned-and-tuned ’69 Camaro to a string of 3.70-second passes on his way to the final round: a 3.770 over Terry Leggett’s 3.837, a 3.720 over Kevin Rivenbark’s 3.733 and a 3.708 over Melanie Salemi’s 3.737. D’Aprile will have lane choice over Jerico Balduf in the “Batman” ’69 Chevelle, who was consistent with a 3.818 on a first-round bye and a 3.811 over Bubba Turner before posting a 4.289 in a semifinal pedalfest over Tylor Miller.

Points leader Jim Halsey will square off against two-time world champion Tommy Franklin (pictured above) in the Pro Nitrous final round. Halsey, who won the season-opening East Coast Nationals in his Brandon Switzer-tuned ’68 Camaro, continued his early season success with a 3.729 over Johnny Camp’s 4.892, a 3.668 over Lizzy Musi’s 3.937 and a 3.670 over Chris Rini’s 3.763 on his way to the final round. 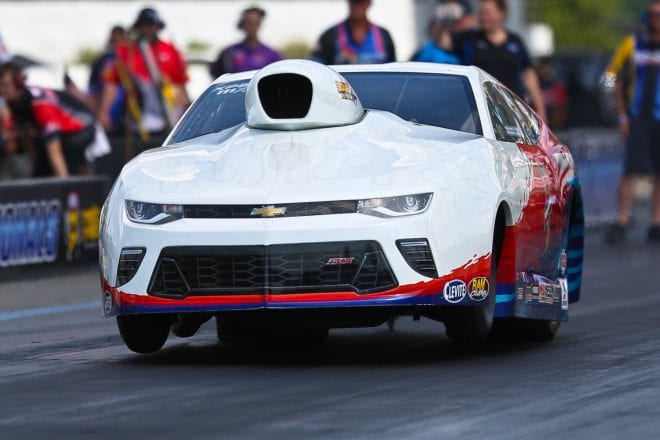 Extreme Pro Stock record holder Jeff Dobbins will have lane choice over veteran Pro Stock driver and tuner Tommy Lee in the final round. Dobbins in his Bear’s Performance ’12 Dodge Avenger earned a holeshot win to start eliminations in a 4.16-to-4.12 race with 2016 world champion and season opener winner John Pluchino. He picked up to run a 4.088 to take down defending world champion Steven Boone’s 4.120 in the semifinals.

Lee, who was driving the ’18 Camaro he usually tunes for class veteran John Montecalvo, defeated low qualifier Todd Hoerner’s 4.363 with a 4.115 in the first round, then used a .016 starting line advantage to win a semifinal match with JR Carr that saw both drivers record 4.126-second elapsed times. 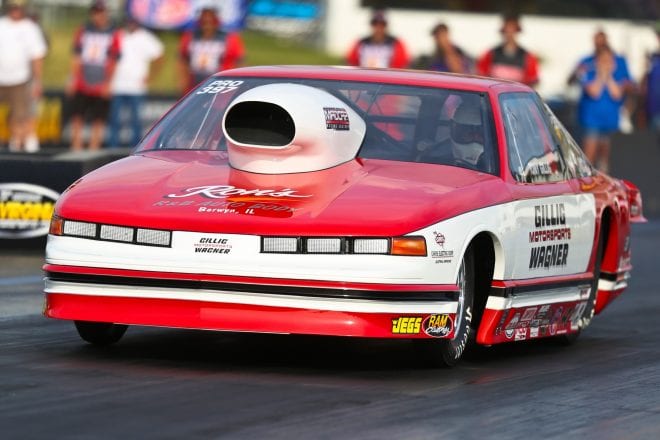 The first pair of the Pro Outlaw 632 semifinals was ready to pre-stage when rain drops started to fall on the Virginia Motorsports Park starting line. Young gun Jordan Ensslin was lined up alongside doorslammer drag racing veteran Tony Gillig, while defending world champion and low qualifier Johnny Pluchino was set to race Mike Oldham in the second pair. The semifinals and final round will be completed at Maryland.

Low qualifier Chris Garner-Jones continued to race consistently quick in Pro Nitrous Motorcycle eliminations as he rode his family-owned Hayabusa to a 4.073 over Terry Wynn’s 4.163 in the first round and a 4.046 over Terry Schweigert’s 4.326 in the semifinals.

The Elite Top Sportsman final round will see an all-Ohio match between Doylestown’s Glenn Butcher in his ’69 Camaro and Seville’s Tim Molnar in his ’68 Camaro. Fredericksburg, Virginia’s Jeff Brooks in his ’51 Henry J will square off against Winston-Salem, North Carolina’s Chad Tilley in his ’96 Beretta in the Top Sportsman 32 final round.

The next stop on the PDRA Road to the Finals is the PDRA North-South Shootout presented Line-X May 30-June 1 at Maryland International Raceway in Budds Creek, Maryland.