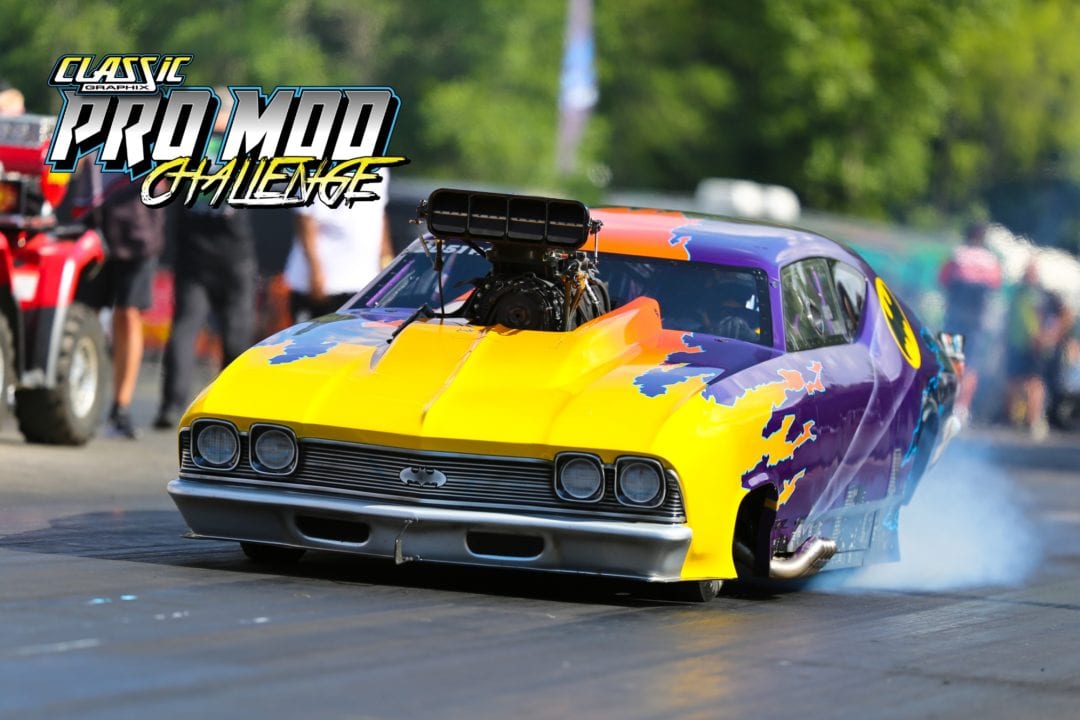 In an effort to give racers more chances to race, the Professional Drag Racers Association (PDRA) announced today the creation of the Classic Graphix Pro Mod Challenge. Contested at all eight races on the 2019 PDRA tour, the Pro Mod Challenge is a second-chance race for non-qualifiers in Moroso Pro Boost and Switzer Dynamics Pro Nitrous.

“With Pro Boost and Pro Nitrous being our two quickest and fastest classes, we wanted to give the racers in those classes another chance to race for win lights if they don’t qualify for the main field,” said Tyler Crossnoe, series director, PDRA. “We realize a lot goes into fielding a car at this level and we felt we should reward all the teams that support our events.”

Classic Graphix, an industry-leading producer of silkscreened and embroidered apparel, has been named the title sponsor of the Pro Mod Challenge. Classic Graphix designs and produces t-shirts and sublimated crew uniforms for PDRA race officials and numerous PDRA teams. The Southern California-based company also attends every PDRA race as the official series and event merchandise vendor.

“I’ve followed Pro Modified racing since the very beginning in the early ‘90s and I love the Pro Mod class,” said Scott Bathurst, vice president, Classic Graphix. “I jumped at the opportunity to get involved with this new Pro Mod Challenge. The timing was right and we do well with the series, so I wanted to give back what I could. Nobody wants to go to a race and leave before first round, so I’m glad the PDRA started this class that gives everyone the chance to race.”

Classic Graphix will also continue its longstanding support of the PDRA by sponsoring the $100 No. 1 qualifier awards in Coolshirt Pro Jr. Dragster presented by Knoxtown Products and Gilbert Motorsports Top Jr. Dragster, as well as the Best Appearing Crew Award.

“Scott and Classic Graphix have been involved with the PDRA since the series started in 2014,” said Will Smith, marketing director, PDRA. “They’re always supporting new ways to give back to the PDRA racers, and we’re honored to have them on board as the title sponsor of the new Pro Mod Challenge.”