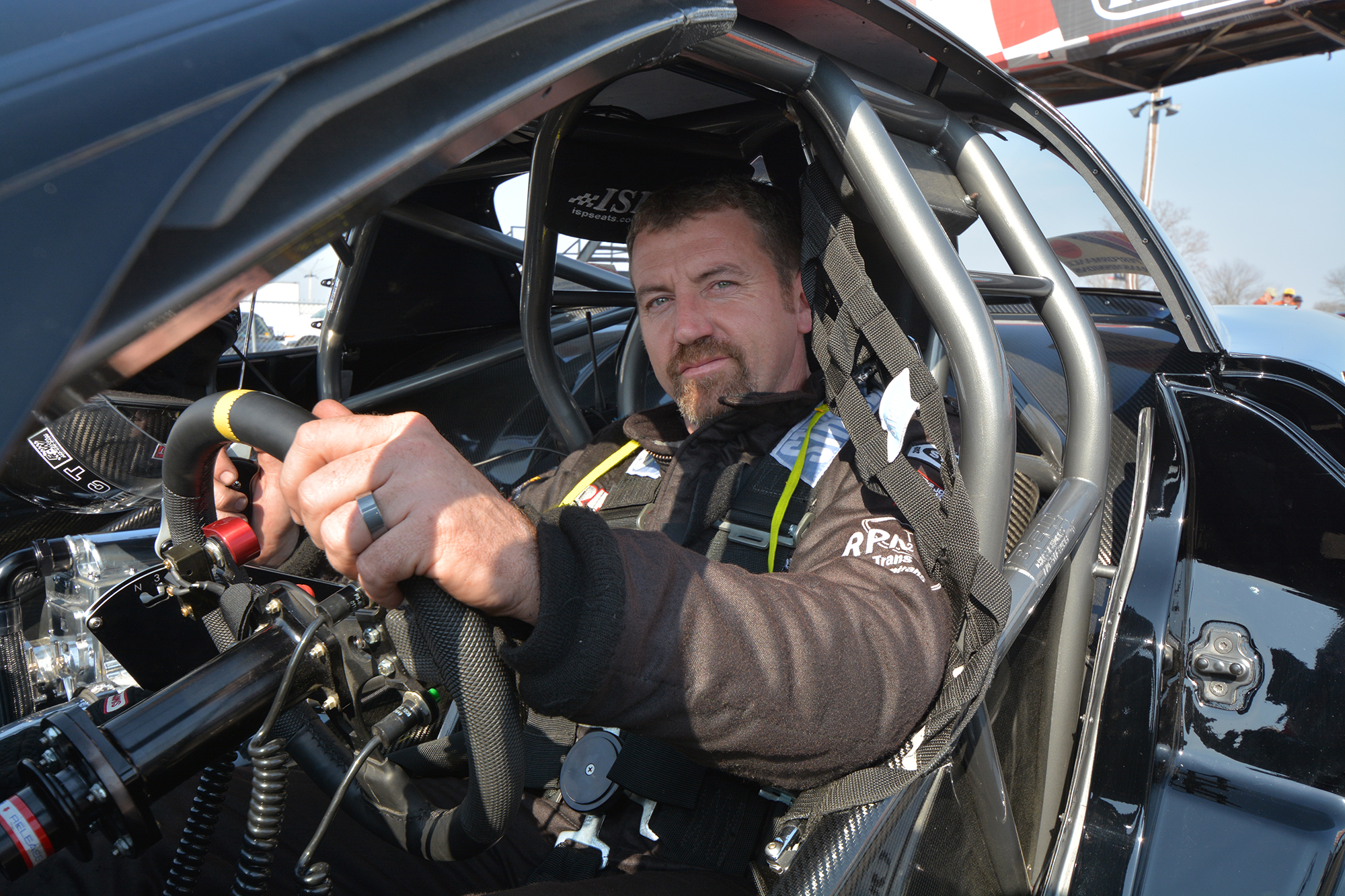 He may need to be renamed Keith “Bombshell” Berry, because after the good ol’ Georgia boy ran a record-setting 4.09 pass at No Mercy V, he followed it up by making a shocking announcement.

While at Donald Long’s South Georgia Motorsports Park race, Berry unloaded his beautiful black Corvette and proceeded to gear up for the initial test sessions. Powered by a Pro Line Racing built 454 CI LSX motor boosted by twin Precision GEN1 Pro Mod 88 CEA® turbos, Berry had nothing but confidence in his car.

“Joey Bell at Bell Chassisworks keeps it ready and preps for us. We don’t have to go to the track and work on the car, and I can’t give him enough credit for everything he does,” says Berry of his simple “get in and go” style of racing. Additionally, a brand spankin’ new FuelTech FT500 EFI system, which Berry says is “absolutely awesome,” was along for the ride. With the car running better than ever before, and thanks to crew chief Ryan Rakestraw’s help, Berry clicked off a pass that made history.

For those who saw the run in person, were watching the live feed, or caught it later online, one thing was clear – Berry’s car made a fast and flawless pass straight down the groove. Looking like it had been launched from a slingshot, there was barely any wiggle as the car and driver rocketed towards the big end. When the scoreboards lit to show he had gone 4.09 at 186.33 mph in the eighth mile, Berry officially picked up a few new titles. With that pass, he not only became the first to the 4.0s with a small block on radials, but also the owner of the quickest small block, small-tire car in the world.

A few minor adjustments were all it took to get the job done, and Berry insists that the tune up in the car really wasn’t all that aggressive.

“It was a great pass, don’t get me wrong, but it really wasn’t spectacular. Our 60’ [1.09] was about three numbers off from what we normally run and it could have been so much better, and our back split was two numbers off. It wasn’t necessarily tuned down, but it sure wasn’t hopped up,” he says. He and the WOOOO! Nation team expected they’d get a similar number out of the car, but understand what they’ve done is pretty monumental. “More than anything, it aggravates me that it was only a 4.09,” Berry adds.

The question on so many people’s minds is really just how Berry continues to post such big numbers over and over. “It’s easy. I just surround myself with the best people in the industry, and the best parts, and all I gotta do is get down the track,” jokes the man who also now holds the title of having the world’s quickest LSX-powered car.

Regarding the LSX platform, Berry’s convinced that it is without a doubt the best option for him and his program. When he originally built the car, Berry’s intentions were to run the LSX in the quarter mile at NMCA events, then swap to a PLR 481X. Instead, while at one of Donald Long’s races several years ago, Berry had a change of heart. “Eric Dillard [of Pro Line Racing] was tuning for me, and literally on the first full pass he told me ‘we’re not getting rid of this motor’. He saw the data and decided we weren’t changing. It’s just a great platform and we can compete with anyone out there on radials. Why switch and go looking elsewhere when you’ve already got something so great?” he explains.

Now that the “first to the 4.0s on radials with a small block” achievement has been unlocked, Berry’s moving on to the next milestone. “I think we’ll get to the 3s for sure, but whether we’ll be the first is just a matter of whether or not someone beats us to the staging lanes,” he says. “Whatever we run to the 60’ now translates to into our back number. If we run a 1.09 60’, we go 4.09 overall.” If Berry’s able to get his 60’ number below the 1-second mark – and there’s certainly plenty of room for improvement – a 3-second pass is practically a given.

After hitting up the 13th Annual NMCA World Street Finals at Lucas Oil Raceway in Indianapolis, Indiana, and scoring the first-ever Radial Wars world championship – a monumental accomplishment for any driver and an especially meaningful one for the longtime radial racer – Berry has few items left on his drag racing bucket list. The primary objective left to accomplish? The oh-so-elusive 3-second pass, which Berry says may well happen this coming weekend at Holly Springs Motorsports Park’s Fall Brawl III.

Berry is particularly excited about that track, and says that “Holly Springs is special for us radial guys. I don’t know how deep into the 3s we’ll be able to get, but when all the stars and moons and stuff align and we have the perfect pass, we can maybe run a .98 or even a .97.”

If Berry does wind up breaking into the 3-second zone after having already secured the NMCA Radial Wars championship, he’s got big plans.

“To be quite honest, I’ve thought that if I can get into the 3s and win the NMCA championship, I might just hang up my racing gloves and boots and leave while I’m on top. If I did decide to stop for now or for forever, I don’t know of a better way to go out.”

“The worst thing that could happen to my career is if I meet my goals here at the end of the season.”

In that case, best of luck to Keith Berry on achieving those goals… or not!