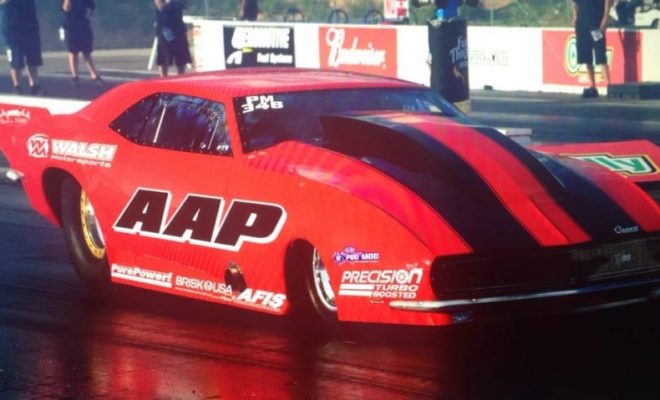 PRECISION TURBO AND ENGINE will be adding a second car to its NHRA Pro Mod team for the 2015 season. In addition to the twin turbocharged 2014 Camaro driven by Don Walsh Jr., PTE will also field a 1968 Camaro which will be driven by Khalid Al Balooshi. 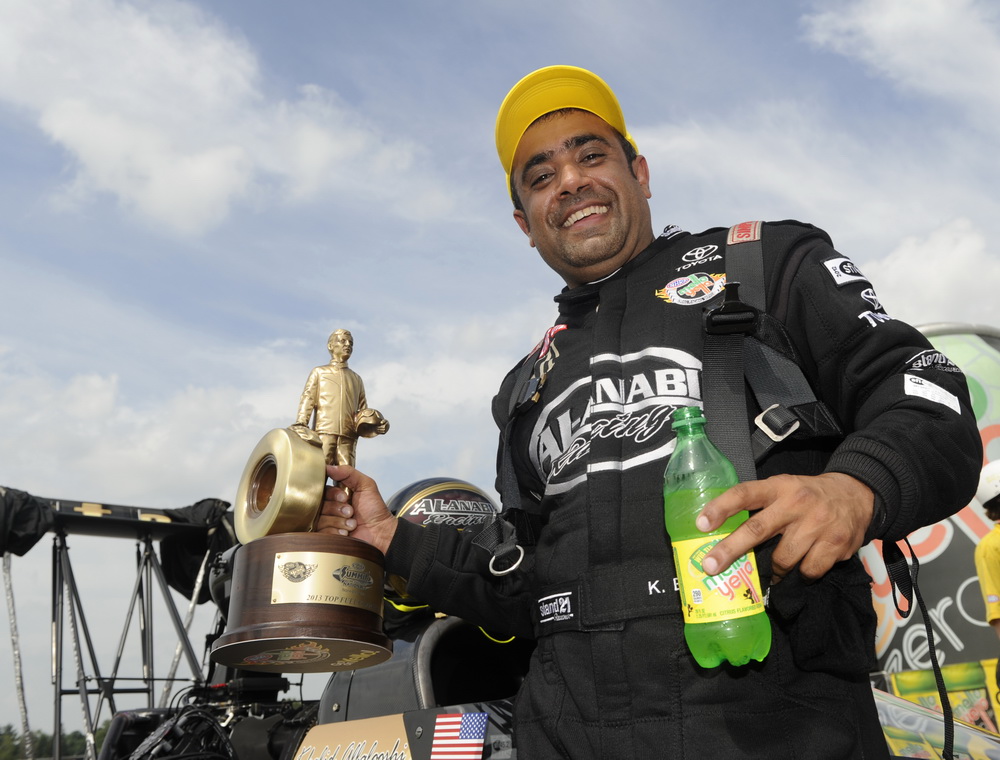 A citizen of Dubai in the United Arab Emirates, Al Balooshi has spent many years developing a solid reputation as one of the top drivers in drag racing. Although many may recognize his name from his time behind the wheel of the Al-Anabi Racing team’s Top Fuel dragster, Al Balooshi has also had an extremely successful Pro Mod career and is very excited about getting back in a Pro Mod. His numerous accolades include being named the 2011 NHRA Pro Mod champion, and having won the Arabian Drag Racing League (ADRL) Pro Mod championship three years in a row. Since 2001, Al Balooshi has racked up more than 150 career wins in Top Fuel, Pro Mod, Outlaw, and Super Street classes combined.

Al Balooshi’s new ride – the’68 Camaro doorslammer owned by Harry Hruska, President of Precision Turbo and Engine – had been previously campaigned by both Walsh and Brad Personett. It features a set of Precision Turbo and Engine NHRA-legal 88mm GEN2 Pro Mod CEA® turbochargers as well as many top of the line components such as AFIS spark plug wires, PurePower! oil filter, and Brisk Racing spark plugs.

“We had a great season in 2014 with Don Walsh and our ’14 Camaro, and we’re excited to have Khalid Al Balooshi join us this year as well,” said Hruska. “He brings his professionalism, skill, and expertise to our team which will fit well with what we’ve worked to establish so far. Having two cars will also allow us to have another platform on which to test and develop Precision’s products, and that will be a big help in us being able to advance turbo technology even further. This is a first class team and we’re looking forward to another great season.”

Both of the Precision Turbo and Engine twin turbocharged Camaro Pro Mods will be racing at the 2015 NHRA Pro Mod season opener race, the Gatornationals, at AutoPlus Raceway at Gainesville in Gainesville, Florida on March 12-15. Qualifying for Pro Mod begins on Friday, March 13 at 2:00pm EST and the first round of eliminations begins on Saturday, March 14 at 5:00pm EST.