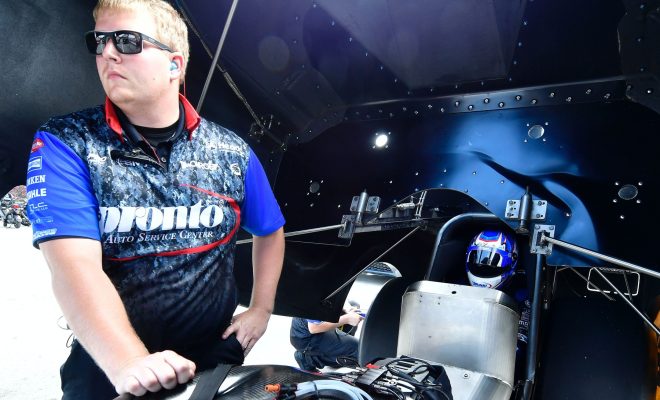 Dylan Cromwell had just passed through the racing epicenter that is Indianapolis when another semi-truck crashed through a concrete construction barrier and hit Cromwell’s Head Racing support rig head-on. Cromwell was killed in the collision on his way to Las Vegas for the final two races of the NHRA season. He was just 23.

Cromwell was originally from Scobie, Montana, and relocated to North Carolina to train at the NASCAR Technical Institute. He then moved to the Columbus, Ohio, area to work on Jim Head’s Funny Car team for the 2018 season. Cromwell has been a crew member on Head’s team ever since, first working with driver Jonnie Lindberg and now with Blake Alexander. By all accounts, he was living his dream.

“I think he just really liked racing,” says Alexander, who worked closely with Cromwell during race weekends, but also between events when Cromwell was back at the shop. “He’d been bracket racing with his family and he liked driving, he liked the mechanical part of it, he liked the competitive part, he liked the comradery part of being on the road with all the people. Some of his best friends were out on the road. We all got along and coexisted and competed at the same time. It was a lot of fun to do it with him.”

Cromwell was just 18 when he started working for Head, a nitro racing veteran. He quickly started picking up various tasks and responsibilities, from doing bottom end and driving one of the rigs to handling shipping and receiving at the shop and taking care of the team dog.

“When you work for Jim, you do all kinds of different things,” Alexander says. “He always helped with everything and always did really well. He basically lived in Jim’s backyard and helped him with everything. It’s going to be hard to go racing without him.” 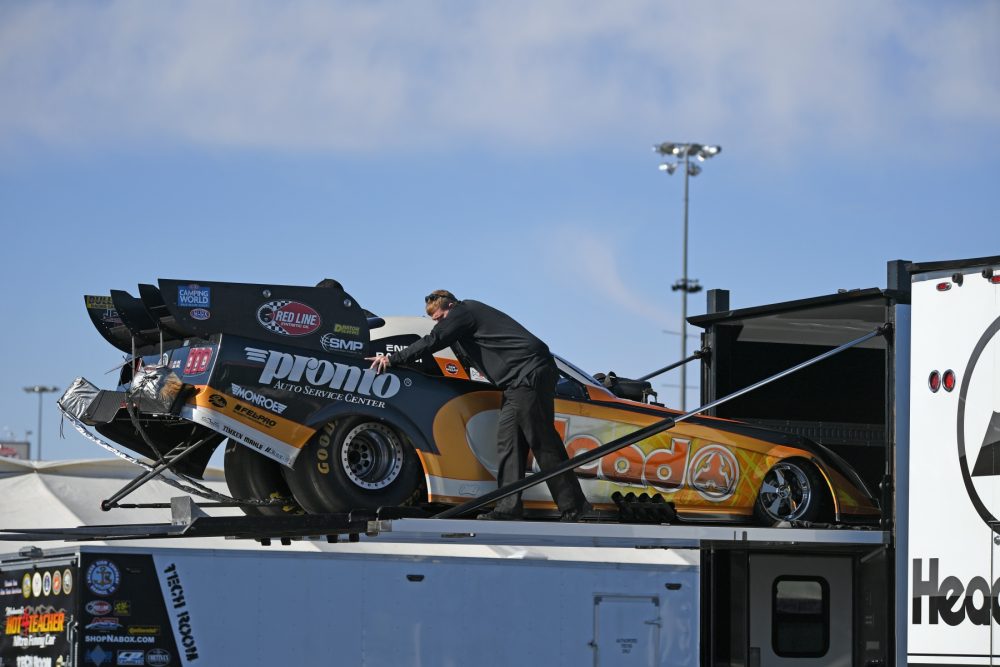 With a work ethic and wisdom beyond his years, Cromwell was a highly-valued member of the team. He earned the respect of his teammates, some of whom had been racing since before Cromwell was born.

“His work ethic was probably the most impressive part about him,” Alexander says. “Almost every Saturday, I’d call him and talk to him about stuff for work and other days I wouldn’t, but I knew every Saturday that he was at the shop and he was working, other than the few Saturdays he’d spend away with his family. It set a tone of A: we can rely on him, and B: other people want to be like him and work because everyone out here understands you’re going to have to work hard to do well against a lot of the bigger outfits in nitro racing.”

While Cromwell’s work ethic kept him busy, he always made time to visit his family, whether he was flying home to Montana to visit them or they were making the trek to an NHRA national event to see him living his dream. Cromwell leaves behind parents Shane and Tiffany and brother Kevin.

“He really cared about his family,” Alexander offers. “In talking with the other crew members on the team, that’s something we all reflect back on. He really cared about spending time with his family and would always make time to do it, like he’d park the truck somewhere and fly home. We’ve all been thinking about it, and as we spend time with our family, we enjoy it more just knowing that that’s what he would want us to be doing.”