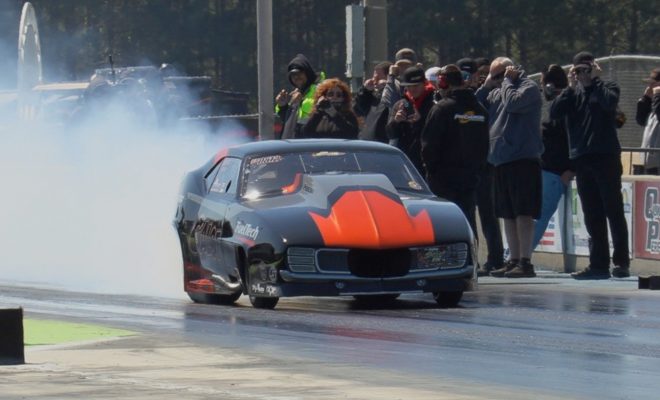 After recording the first unofficial 3.40-second pass for a Radial vs. the World car in prerace testing, Daniel Pharris and the GALOT Motorsports team fired off a 3.498 at 212.73 mph in Friday qualifying at Duck X Productions’ Sweet 16 4.0 at South Georgia Motorsports Park. It’s the first official 3.40-second lap for an RvW entry and the fifth quickest pass for a doorslammer of any type.

Kyle Christ of Straight Line Media posted video of the official record below.